THIS EVENT HAS BEEN CANCELLED

Convergence between Broadcast and Mobile Broadband 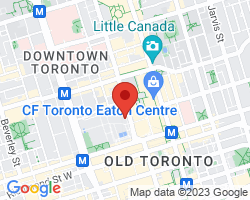 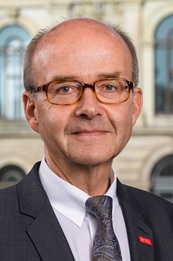 Convergence between Broadcast and Mobile Broadband

The mobile industry has been testing the feasibility of evolved Multimedia Broadcast Multicast Service (eMBMS), an LTE embedded broadcast approach to support a growing mobile video/TV consumption and the delivery of other highly popular data services. But, eMBMS has so far only been used in small scale scenarios with local coverage. When it comes to large scale service areas with regional or even national coverage, the cellular nature of eMBMS has not proven to be attractive for cost efficient LTE broadcast content distribution. Adapting LTE broadcast to traditional High Tower High Power (HTHP) broadcasting towers and introducing this as a third service layer, i.e. as an extension of LTE unicast and eMBMS can resolve this issue as it reduces network load, energy consumption and network costs for such popular services. Additionally, it creates the possibility of cooperation between the cellular and broadcasting networks enabling a cooperative spectrum usage.

The term “Tower Overlay over LTE-Advanced+ (TOoL+)” describes the transmission of an extension of LTE-Advanced (LTE-A) offering broadcast services, especially live video, from a traditional High Tower High Power (HTHP) broadcast infrastructure, rather than in a cellular LTE-A network. TOoL+ was invented and developed by IfN. Since LTE-A is optimized for the Low Tower Low Power (LTLP) environment of cellular networks, the use of a HTHP environment requires some modifications of the LTE-A standard, e.g. the definition of a dedicated broadcast carrier and of additional OFDM parameters with longer cyclic prefixes. These modifications are represented by the term LTE-A+. In one of the modes, TOoL+ even supports a cooperative spectrum use by DVB-T2 (or ATSC 3.0 in the future) and LTE-A+ if this is attractive to market players. IfN developed a Software Defined Radio (SDR) based TOoL+ implementation to demonstrate the technological feasibility of this approach. An extended version of this demo has been used during two field trials conducted in Paris, France and in the Aosta Valley, Italy to evaluate the proposed modifications and the cooperative spectrum use in a real environment. The analysis shows that LTE-A+ is a suitable technology for HTHP broadcast to mobile devices as its coverage area is similar to that of DVB-T2.

In line with the ideas underlying TOoL+, 3GPP has recently specified FeMBMS (Further evolved Multimedia Broadcast Multicast Service) in Release 14. FeMBMS supports a long cyclic prefix and thus makes larger network cells feasible. At IfN we have already implemented FeMBMS and by the time of the lectures in Canada will have carried out a field trial in at least one European country.

Prof. Ulrich H. Reimers studied communication engineering at Technische Universitaet Braunschweig, Germany. Following research at the university’s Institut fuer Nachrichtentechnik (IfN  - Institute for Communications Technology) he joined BTS Broadcast Television Systems in Darmstadt. Between 1989 and 1993 he was Technical Director of Norddeutscher Rundfunk (NDR) in Hamburg - one of the major public broadcasters in Germany. Since 1993 he has been a Professor at Technische Universitaet Braunschweig and Managing Director of the Institut fuer Nachrichtentechnik (Institute for Communications Technology). Prof. Reimers was chairman of the Technical Module within the DVB Project from 1993 to 2012. Since 2012 he is Vice President Strategic Development and Technology Transfer of Technische Universitaet Braunschweig. He is the author of more than 120 publications, among others of various text books on DVB. Prof. Reimers received a significant number of international and national awards. He is an IEEE Life Fellow and the recipient of the IEEE Masaru Ibuka Consumer Electronics Award. Recently Prof. Reimers and the research teams at IfN invented innovative solutions for the co-existence of broadcast and wireless broadband such as “Dynamic Broadcast”, “Tower Overlay over LTE-A+ (TOoL+)”, or “Redundancy on Demand”.