THIS EVENT HAS BEEN CANCELLED 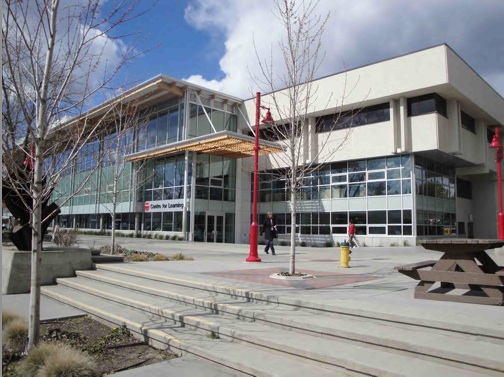 Millimeter-wave signals span the frequency range of 30 GHz to 300 GHz,
corresponding to a wavelength range of 10 mm to 1 mm. Signals at these
frequencies can easily penetrate inside dielectric materials and composites and
interact with their inner structures. The relatively small wavelengths and wide
bandwidths associated with these signals enable the production of high spatial-
resolution images of materials and structures. Incorporating imaging techniques such
as lens-focused and near-field techniques, synthetic aperture focusing, holographical
methods based on robust back-propagation algorithms with more advanced and
unique millimeter wave imaging systems have brought upon a flurry of activities in
this area and in particular for nondestructive evaluation (NDE) applications. These
imaging systems and techniques have been successfully
applied for a wide range of critical NDE-related applications.

Although, near-field techniques have also been prominently used for these
applications in the past, undesired issues related to changing standoff distance have
resulted in several innovative and automatic standoff distance variation removal
techniques. Ultimately, imaging techniques must produce high-resolution 3D images,
become real-time, and be implemented using portable systems. To this end and to
expedite the imaging process while providing a high-resolution images, the design
and demonstration of a 6" by 6" one-shot, rapid and portable imaging system
(Microwave Camera), consisting of 576 resonant slot elements, was completed in
2011. Subsequently, efforts were expended to design and implement several different
variations of this imaging system to accommodate one-sided and mono-static
imaging, while enabling 3D image production using non-uniform rapid scanning of an
object, as well as increasing the operating frequency into higher millimeter wave
frequencies. These efforts have led to the development of a real-time, portable, high-
resolution and 3D imaging microwave camera operating in the 20-30 GHz frequency
range which was recently completed. This presentation provides an overview of these
techniques, along with illustration of several typical examples where these imaging
techniques have effectively provided viable solutions to many critical NDE problems. 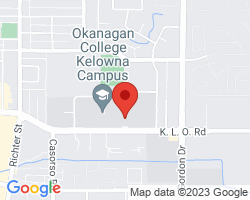 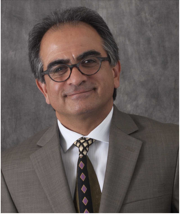 R. Zoughi received his B.S.E.E, M.S.E.E, and Ph.D. degrees in electrical engineering (radar remote
sensing, radar systems, and microwaves) from the University of Kansas where from 1981 until
1987 he was at the Radar Systems and Remote Sensing Laboratory (RSL). Subsequently, in 1987
he joined the Department of Electrical and Computer Engineering at Colorado State University
(CSU), where he established the Applied Microwave Nondestructive Testing Laboratory (amntl). He
held the position of Business Challenge Endowed Professor of Electrical and Computer
Engineering from 1995 to 1997 while at CSU. In 2001 he joined the Department of Electrical and
Computer Engineering at Missouri University of Science and Technology (S&T), formerly University
of Missouri-Rolla (UMR), as the Schlumberger Distinguished Professor. His current areas of
research include developing new nondestructive techniques for microwave and millimeter wave
testing and evaluation of materials (NDT&E), developing new electromagnetic probes and sensors
to measure characteristic properties of material at microwave frequencies, developing embedded
modulated scattering techniques for NDT&E purposes and real-time high resolution imaging
system development. He is the author of a book entitled "Microwave Nondestructive Testing and
Evaluation Principles", and the co-author of a chapter on Microwave Techniques in an
undergraduate introductory textbook entitled "Nondestructive Evaluation: Theory, Techniques, and
Applications". He has been the recipient of numerous teaching awards both at CSU and Missouri
S&T. He is the co-author of over 585 journal papers, conference proceedings and presentations
and technical reports. He has eighteen patents to his credit all in the field of microwave
nondestructive testing and evaluation. He was the recipient of the 2007 IEEE Instrumentation and
Measurement Society Distinguished Service Award, the 2009 American Society for Nondestructive
Testing (ASNT) Research Award for Sustained Excellence, and the 2011 IEEE Joseph F. Keithley
Award in Instrumentation & Measurement. In 2013 he and his co-authors received the H. A.

Wheeler Prize Paper Award of the IEEE Antennas and Propagation Society (APS) related to the
design of 24 GHz real-time microwave camera. He is a Fellow of the Institute of Electrical and
Electronics Engineers (IEEE), a Fellow of the American Society for Nondestructive Testing (ASNT),