Artificial Intelligence (AI) has recently emerged as a science even though it may still be considered in its early stages of development. Depending on the goals and methods employed in research, its definition varies. As a broad description, it may be described as the science of making machines do things that would require intelligence if done by humans.

Over the past 25 years or so, feasibility of the application of AI for a variety of topics in power systems has been explored by a number of investigators. Topics explored vary from load forecast to real-time control and protection. In addition to providing a brief introduction to ANNs and fuzzy logic, a number of examples of their application, that have been proposed, will be outlined and discussed in the seminar.

Please indicate any food allergies or dietary restrictions when registering.

Registration consists of two parts - vTools and PayPal. Follow the "Register Now" link below, and complete the information. The system will then take you to a PayPal page to enter your payment information. When you have successfully registered and paid, you will receive 2 confirmation emails, 1 from IEEE and 1 from PayPal. Your registration is not complete until your payment has been received, and you have received both confirmation emails. 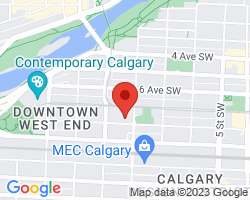 Professor Om P. Malik has done pioneering work in the development of adaptive and artificial intelligence based controllers for application in electric power systems over the past 40 years. After extensive testing in the laboratory and in actual power systems, these controllers are now employed on large generating units.

He has published over 700 papers including over 360 papers in international Journals such as IEEE Transactions and IET (formerly IEE) Proceedings. He is the coauthor of two books, (i) Distribution Systems and (ii) Power System Stability.

Professor Malik graduated in 1952 from Delhi Polytechnic, India. After working for nine years in electric utilities in India, he returned to academia and obtained a Master’s Degree from Roorkee University, India in 1962, a Ph.D. from London University and a DIC from the Imperial College, London in 1965.

He was teaching and doing research in Canada from 1966 to 1997 and continues to do research as Professor Emeritus at the University of Calgary, Canada. Over 100, including 45 Ph.D., students have completed their graduate studies under his supervision.

Om Malik has been doing volunteer work for IEEE at the Section, Council, Region and IEEE corporate level for close to 50 years, and International Federation of Automatic Control. He was Director, IEEE Region 7 and President, IEEE Canada, during 2010-11, and President, Engineering Institute of Canada, from 2014 to 2016. He is also actively involved in the IEEE Power and Energy Society.

Professor Malik is a Life Fellow of IEEE, and a Fellow of IET, the Engineering Institute of Canada, Canadian Academy of Engineering, Engineers Canada, Geophysicists Canada (Hon) and World Innovation Foundation. He is a registered Professional Engineer in the Provinces of Alberta and Ontario, Canada, and has received many awards from IEEE, EIC, APEGGA and the University of Calgary.