Andy Marvin is Professor of Applied Electromagnetics, in the University of York’s Department of Electronic Engineering. He received his BEng, MEng and PhD degrees in Electrical and Electronic Engineering from the University of Sheffield between 1972 and 1978. From 1977 to 1979 he was with the British Aircraft Corporation at Filton, Bristol, UK working on antenna design and EMC. He was appointed to a Lectureship in Electronics at the University of York in the UK in 1979 and promoted to Professor of Applied Electromagnetics in 1995. He was appointed as Technical Director of York EMC Services at its founding in 1995. He resigned his directorship when the company was acquired by Eurofins in June 2017. He is a Fellow of the Royal Academy of Engineering and an IEEE Fellow. He was Vice-Chairman of the IEEE Std-299 Working Group on Shielding Effectiveness Measurement, and is currently Vice-Chairman of the IEEE EMC Society Standards Advisory and Co-ordination Committee. From 1994 to 2015 he was an Associate Editor of IEEE Transactions on EMC. He was a member of the UK National Measurement System Advisory Panels on Innovation Research and Development and Materials and Modelling from 2008 to 2015. He has contributed lectures on Antennas and on Shielding to the IEEE EMCS Global University and Chaired its Faculty in 2010. His main research interests are EMC measurement and modelling techniques, EMC antennas and electromagnetic shielding measurement and modelling. To date, starting in 1976, he is author over 300 papers. In 1992, he and Dr Stuart Potrer invented the Bilog EMC measurement antenna. He is a founder member of the International Steering Committee of EMC Europe conferences, Conference Chair of EMC Europe 2011 (York) and Chair of the EMC Europe International Steering Committee for 2015 – 2018. He was President of the York Society of Engineers (2014/16) and is Chief Flying Instructor at the York Gliding Centre.

This lecture outlines the physical mechanisms that lead to electromagnetic shielding in materials and then describes how the materials can be used to fabricate a shielded enclosure. The limitations of shielding performance of the enclosures due to the enclosure structure are described. 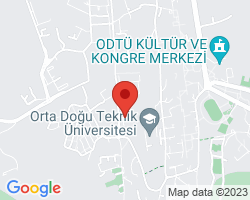