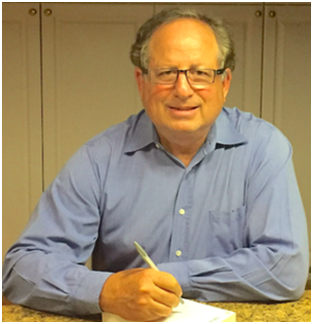 Angioplasty Balloons, Heart Stents, to Glaucoma Treatment:  The Tools that Helped Establish Interventional Cardiology and Ophthalmology from the Perspective of an Innovator and Entrepreneur

Please come and hear Dr. Leonard Pinchuk's (Founder, CEO, NAE, AIMBE) amazing story starting from McGill Chemistry student to inventor and CEO responsible for some of the most important medical interventions of our generation.

Dr. Pinchuk’s entrepreneurial teams of chemists and engineers have been involved in the development of the fundamental tools that changed radiology and cardiology from a diagnostic discipline to the therapeutic interventional radiology and cardiology that is practiced today.   They introduced the first commercially successful angioplasty balloon in the mid 1980’s, which demonstrated a success rate of 60%, the coronary stent, and the development of the drug-eluting stent that improved the success rate to almost 100%.  The most successful drug-eluting stent (TAXUS®) uses SIBS, a novel polymer that they patented. The introduction of SIBS in medicine was an overwhelming success that overcame many years of frustration from working with polymers that were never designed to be used in the body.   The success of SIBS in the cardiovascular system led to the development of the InnFocus MicroShunt®, a micro-conduit used to treat glaucoma.  The MicroShunt is currently changing the way advanced glaucoma is treated world-wide.  Similarly, the use of a variant of SIBS is being tested as the next generation intraocular lens (IOL) material that will eliminate three of the major flaws with current IOLs and possibly the elimination of reading glasses post-cataract surgery. 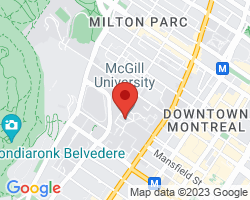 Dr.  Leonard Pinchuk is an inventor and entrepreneur with 126 issued U.S. patents, 80 publications and 10 companies that he co-founded.  His major accomplishments include the invention or co-invention of the modern-day angioplasty balloon, the helical wire stent, the modular stent-graft, a drug-eluting stent (TAXUS®), three important biomaterials, a novel glaucoma shunt and the next generation intraocular lens material.   He was the 2017 recipient of the Society for Biomaterials Innovation and Technology Award as well as San Antonio’s 2017 BIOMED SA Award.  He received a B.Sc. in chemistry from McGill University (1976), a Ph.D. interdisciplinary in Engineering and Chemistry from the University of Miami (1984) and an honorary Doctor of Science degree from McGill University (2005).  He was inducted into AIMBE in 2007 and the National Academy of Engineering in 2012.   Dr. Pinchuk began his career in 1983 at Cordis Corporation and left in 1987 to co-found Corvita Corporation (angioplasty catheters, stents, stent-grafts), which went public in 1994, was acquired by Pfizer, Inc. (1996) and then sold to Boston Scientific (1998).  Dr. Pinchuk founded Innovia LLC (2002), which incubated and spun off eight new companies working in the fields of intraocular lenses, glaucoma shunts, other catheters and biomaterials.  His current company, InnFocus, Inc., which has developed a novel treatment for glaucoma, was acquired by Santen Corporation in May 2016, where he is serving as CSO until 2020.   Dr. Pinchuk also enjoys an appointment as Distinguished Research Professor of Biomedical Engineering at the University of Miami.