A Brief Introduction to Quantum Computers and their Societal Implications 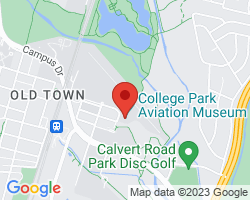 A Brief Introduction to Quantum Computers and their Societal Implications

Quantum computing has been in the news a lot lately. Conjectured in the ‘80s, with seminal motivating algorithmic and error correction discoveries in the 90s, the physics behind a quantum computer—qubit technology—has progressed steadily over the last two decades. Small, research-scale quantum computers with 10s of qubits are starting to become functional. Are we headed for a breakaway moment for this technology or, just the opposite, another quantum winter? This talk will attempt a gentle introduction to quantum computing from my perspective at the Laboratory for Physical Sciences, both based on my research in silicon-based and superconducting-based qubits and experience as a program manager. I’ll try to separate known from unknown and answer a few common questions. Why does quantum computer science provide a new, more-realistic foundation for information technology? How do quantum computers work? What hardware is required to build a quantum computer capable of performing useful or at least interesting computations? I will also discuss the current and possible future societal impact of quantum information science and technology.

Charles Tahan is a Senior Physicist and the Technical Director of the Laboratory for Physical Sciences located at the University of Maryland-College Park. His research interests lie at the intersection of condensed matter systems and quantum information science, where new opportunities for physics and technology emerge, such as quantum computers. He earned a PhD in Physics at the University of Wisconsin-Madison in 2005 and a B.Sci. in Physics and Computer Science from the College of William & Mary in 2000. From 2005-2007 he was a National Science Foundation Distinguished International Postdoctoral Research Fellow at the Cavendish Laboratory, University of Cambridge, UK, with visiting research positions at the University of Melbourne, Australia and the University of Tokyo, Japan. He served as a technical consultant for quantum information science and technology programs in DARPA’s Microsystems Technology Office (MTO) while at Booz Allen Hamilton from 2007-2009, helping to create the Quantum Entanglement Science and Technology (QuEST) program among others. He joined LPS in 2009. As a principal investigator he has contributed to silicon-based quantum computing, strongly correlated photonics ("solid-light"), quantum phonodynamics, superconducting qubit approaches, and new superconducting-semiconductor devices. As a technical program manager, he has driven progress and started new programs in spin- and superconducting-based quantum computing, in quantum characterization, verification, and validation (QCVV), and new and emerging qubit science and technology (NEQST). Dr. Tahan received the Presidential Early Career Award for Scientists and Engineers (PECASE) in 2012 and was elected a Fellow of the American Physical Society in 2015. He has a long-term commitment to science and society including developing a new course on Nanotechnology and Society while at the University of Wisconsin, and creating Meqanic, one of the first games meant to build your intuition about quantum mechanics and quantum computing.

Free parking and metro accessible (College Park Metro Station is about a 10 minute walk). You can park in the front and side lots after business hours.