The coupling of high-frequency electromagnetic fields with transmission lines of different nature is one of the main problems of electromagnetic compatibility. Numerical methods, like the Method of Moments, allows to obtain results for specific cases only, but do not describe the general physical features of the problem. Coupling with transmission lines is a special case of interaction of EM fields with scattering objects. For solution of this problem the general Singularity Expansion Method (SEM) was advanced by C.Baum, F. Tesche, D. Giri and other scientists in earlier 1970th. The method allows to obtain results both in frequency and time domain by analysis of the poles of the response function (SEM poles) in the complex plane. The positions of poles are a unique characteristic of the system and do not dependent on the kind of excitation and position of the current measurement point, The SEM expansion defines the response, radiation of the system, its scattering amplitude, etc.

The thin - wire transmission lines have some peculiarities, which essentially simplify the problem of analysis of SEM-expansion for such systems. In this presentation we describe some results of application of Singularity Expansion Method for the non-uniform transmission line obtained in the Chair of Electromagnetic Compatibility of the Otto-von-Guericke University. Two approaches will be described.

In the first, so-called asymptotic approach, we consider a long straight loaded line above a perfect conducting ground with arbitrary terminals illuminated by an incident high frequency plane wave. In this approach, far from the terminals, in the so called asymptotic region the current has a simple structure: it consists of forward and backward running TEM waves and the exact solution for the current for the case of infinite wire. The coefficients for the TEM waves contains, in particular, the resonance denominator, which, in turn, includes of reflection coefficients of TEM current waves from the left and right terminals and the exponential propagator factor. These reflection coefficients can be calculated using the perturbation theory for thin wires or by an analysis of numerical results.  The zeros of the resonance denominator yield the SEM poles of the first layer. This set of poles yields the main contribution to the susceptibility of the transmission line to an external pulse excitation in time domain. Furthermore, SEM poles can be obtained in an explicit form for two canonical cases: (i) an open-circuit wire, and (ii) a horizontal wire short-circuited by vertical risers. The method also can be generalized for the case of multiconductor lines.

The second method, which was applied for investigation of the SEM poles of thin-wire line of arbitrary geometric form, is a method of modal parameters. In this method the exact integro-differential equations describing the coupling problem is reduced to the system of two matrix equations with infinite inductance and capacitance matrices by a spatial Fourier series transformation. The inductance and capacitance matrices are matrix elements of the kern of the first and second integral equation, correspondingly, for the spatial Fourier series. The solution for the induced current column can be found by the product of the column of the initial tangential electric field with the inverse infinite impedance matrix, which can be obtained from the inductance and capacitance matrix by the usual way. Thus, the SEM poles of the induced currents in the complex plane are given by the eigen - values of the infinite impedance matrix.

The obtained results for SEM poles were compared with numerical one extracted  by analysis of numerical NEC data  and also with the results of processing the measurements of the transmission line in GTEM - cell. In both cases, a good agreement was obtained between theory, measurement  and numerical simulation. 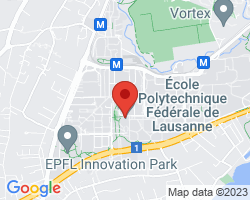 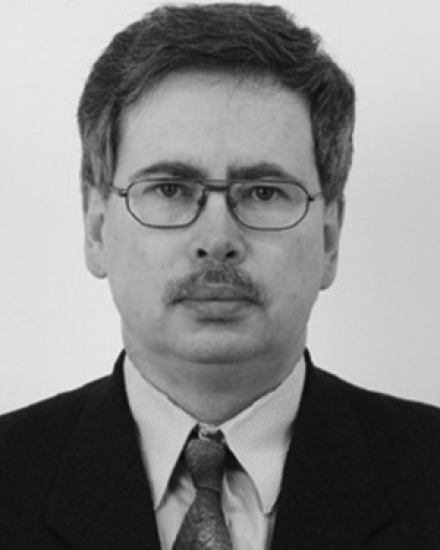 From 1986 to 1989, he was a Researcher and a Senior Researcher with the Department of Electromagnetic Compatibility, State Radio Research Institute, Moscow. In 1993, he was an Invited Researcher at the Swiss Federal Institute of Technology (EPFL), Lausanne, Switzerland, for eight months. From 1996 to 1999, he worked with the LRE EPFL within a framework of the European INTAS Project 94-3939 “Electromagnetic Compatibility of Interconnection Cables Subject to Interferences.” Since 2000, he has been an Invited Researcher with the Institute for Fundamental Electrical Engineering and EMC (Institute of Medical Technique now), Otto-von-Guericke University, Magdeburg, Germany. He is an author or coauthor of more than 130 scientific papers published in peer-reviewed journals and presented at international conferences. His research interests include applied electromagnetics and electromagnetic compatibility, in particular electromagnetic field coupling to complex wiring structures, also inside cavities or (and) with stochastic geometry.

Dr. Tkachenko is the coeditor (together with F. Rachidi) of the book “Electromagnetic Field Interaction with Transmission Lines: From Classical Theory to HF Radiation Effects” (Southampton, U.K.: WIT Press, 2008). He, together with J. Nitsch, has received the Best HPE Paper Award three times (best basic paper for the years 2002–2003, 2006–2007, and 2008–2009, correspondingly). He is an elected EMP Fellow (2008, for theoretical investigation of high-frequency electromagnetic field coupling to transmission lines in different environments).