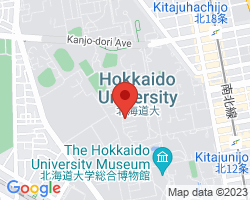 He served on the General Chair of International Symposium on Circuits and Systems (ISCAS) 2012, Seoul Korea, the successful event held in Korea and will serve on the General Co-chair of ISCAS 2021, Daegu Korea. He has been involved in various technical activities over two decades including a member of CASS BoG (Board of Governors) from 2011 to 2016 and a Technical Committee member for numerous conferences. He initiated a new CASS chapter in Daegu, Korea, which succeeded ISCAS 2021 bidding. He was a Distinguished Lecturer of the IEEE CASS from 2009 to 2010.

He was the President of the IEIE (Institute of Electronics and Information Engineers) Semiconductor Society in Korea from 2012 to 2013. He was an honorary ambassador of Korean Tourism Organization. He is currently IEEE CASS VP-Conferences and he has been a chair of IEEE CASS, Seoul Chapter since 2004 and an IEEE Fellow.