Sponsored by the Magnetics (MAG) and Reliability (R) Societies Chapters

First Talk: (Almost) Everything you Know About Electromagnetic Theory is Wrong. 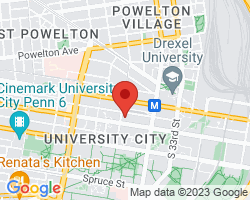 (Almost) Everything you know about Electromagnetic Theory is Wrong.

Electromagnetic theory is taught at most levels based on Maxwell’s equations. Derivations of the occurrences of currents and charges at surfaces generally do not take into account the mechanical and kinematic electromagnetic interactions with matter. The case will be made that Classical electromagnetic theory is incomplete and can lead to wrong results and even wrong intuition. The axioms to be discussed link electromagnetism to materials and the Newtonian mechanics of matter. Interesting examples of non-intuitive results that are undisputedly physical and describe real scenarios will be demonstrated.

Jack Nachamkin Is a retired physicist, now an organic farmer, living in Glen Mills Pennsylvania. He began his career as post-doctoral fellows at Atomic Energy of Canada and Kansas University. As a nuclear physicist in Los Alamos he was in charge of a small group that incorporated physics and mathematics into codes he wrote to describe fusion devices. In addition, he worked on superconducting magnets, vacuum electronics, and electric vehicles. Leaving Los Alamos, he worked for Exxon Enterprises in Palo Alto California as a colloid chemist and designer of miniature electronic structures. At Lockheed Missiles and Space, he was the Principal Investigator on a large theoretical radar project. At McDonnell Douglas in San Diego he continued his radar work and was group leader for the radar theory section. Working for the Air Force on a Fellowship at Edwards Air Force Base he investigated “anomalous phenomena” and evaluated new claims for the Air Force Office of Innovative Technology on the West Coast. He developed a new theory of ball lightning. At Martin Marietta in San Diego he worked on radar, sonar, and aspects of signal processing applied to radar signatures. At Boeing in Philadelphia, he worked on protection of aircraft from the effects of lightning, writing the first computer code to describe entire airframes struck by lightning. Jack Nachamkin has a number of patents in areas of electronics, physics, solar energy, and radar. He has written peer-reviewed papers in mathematics, nuclear physics, and the aspects of electro-mechanical plasma physics allowing a type of ball lightning to evolve. He has awards for his work from Lockheed, Boeing, and was voted an Exxon Enterprises Fellow. He won a Benjamin Franklin Key award from The IEEE for his lightning work. At present he runs J&J Farm in Glen Mills, and any Farmers Market he can get into. 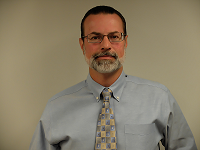 Building Automation & Controls Integration detailed designs should not be left to the contractors.  A process for design will be discussed, along with the requisite skills to produce an integrated controls design that is robust and reliable with repeatable performance.   Ultimately this represents a lower monetary risk for the contractors, and better performance of building systems that ultimately result in a more satisfied Owner and client.

Robert Lutz is the Vice President of Lutz Engineering, Inc. - a mechanical design firm with a focus on facility automation / integration, mechanical renovations, building system commissioning, and energy projects.  Before starting Lutz Engineering in 1997, he developed sales and engineering software for a commercial building automation manufacturer, and managed engineers and programmers for a building automation contractor.  Prior to his work in commercial contracting and construction, Mr. Lutz was a project engineer for Thiokol Corporation designing solid propellant rocket motors and gas generators for commercial and military applications.

Ask the front desk if the IEEE meeting has been cancelled.