The likelihood-ratio is a valuable concept in pattern recognition in general as well as in biometrics. One reason for this is that it is optimal in Neyman-Pearson sense, guaranteeing the best receiver operating characteristic. In this presentation, 2 examples of how the use of likelihood-ratio can improve biometric recognition performance.

In a number of classification problems, the features are represented by histograms. Traditionally, histograms are compared by simple distance measures such as the chi-square, the Kullback-Leibler, or the Euclidian distance. This paper proposes a likelihood ratio classifier for histogram features. It assumes that the bin probabilities of the histograms can be modeled by a Dirichlet distribution. A simple method to estimate the Dirichlet parameters is included. Feature selection prior to classification improves the classification performance. It will be demonstrated that the proposed classifier outperforms the chi-square distance measure.

Homomorphic encryption can be used to perform biometric verification, in particular the comparison of biometric features, in an encrypted domain. Because of its complexity in terms of numbers of required operations and the communication protocols involved, proposed implementations involve simple classifiers, such as Euclidian or cosine distances. This may lead to a lower recognition performance than could be achieved with a better classifier. We propose a two-party verification protocol that integrates the likelihood-ratio classifier with El-Gamal homomorphic encryption in such a way that the biometric recognition performance does not decrease with low computational complexity. 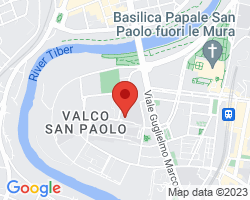 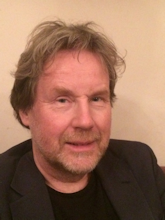 Raymond Veldhuis graduated from The University of Twente, The Netherlands in 1981. From 1982 until 1992 he worked as a researcher at Philips Research Laboratories in Eindhoven in various areas of digital signal processing. In 1988 he received the PhD degree from Nijmegen University on a thesis entitled Adaptive Restoration of Lost Samples in Discrete-Time Signals and Digital Images. From 1992 until 2001 he worked at the IPO (Institute of Perception Research) Eindhoven in the field of speech processing. Raymond Veldhuis is now a full professor in Biometric Pattern recognition at The University of Twente, where  he is leading a research team in this field. The main research topics are face recognition (2D and 3D), fingerprint recognition, vascular pattern recognition, multibiometric fusion, and biometric template protection. The research is both applied and fundamental.