Internet-of-Things (IoT) is the inter-networking of physical devices, vehicles, buildings, and objects with embedded sensors. It is estimated that by 2020 there will be more than 34 billion IoT devices connected to the Internet. Nearly $6 trillion will be spent on IoT solutions over the next five years. Artificial Intelligence (AI), on the other hand, is intelligence demonstrated by machines that work and react like humans. The combination of AI and IoT gives birth of Artificial Intelligence-of-Things (AIoT). AIoT devices differ from IoT devices that not only they sense, store, transmit data but also analyze and act on data, i.e. the AIoT device makes a decision or perform a task similar to what a person could do. The enabling technology for the AIoT device is embedded AI. This talk will cover the energy efficient system architecture that utilizes the event-driven signal representation. The event-driven signal representation enables data compression at the input source, which greatly reduces the power for data transmission and processing. We will show by examples that the event-driven system significantly improves energy efficiency and is well suited for AIoT applications. 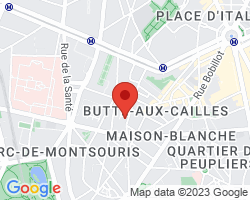 Dr. Yong Lian received the B.Sc degree from the College of Economics & Management of Shanghai Jiao Tong University in 1984 and the Ph.D degree from the Department of Electrical Engineering of National University of Singapore (NUS) in 1994. His research interests include low power techniques, continuous-time signal processing, biomedical circuits and systems, and computationally efficient signal processing algorithms. His research has been recognized with more than 20 awards including the 1996 IEEE Circuits and Systems Society's Guillemin-Cauer Award, the 2008 Multimedia Communications Best Paper Award from the IEEE Communications Society, 2011 IES Prestigious Engineering Achievement Award, 2013 Outstanding Contribution Award from Hua Yuan Association and Tan Kah Kee International Society, and the 2015 Design Contest Award in 20th International Symposium on Low Power Electronics and Design. He is also the recipient of the National University of Singapore Annual Teaching Excellence Awards in 2009 and 2010, respectively.