Underwater Communications: from theory to experimentations

Dr. Jean-Francois Bousquet will present a technical talk on underwater acoustic communication.  The talk is co-sponsored by the Signal Processing/Microwave Theory and Techniques (SP-MTT) joint chapter, and the Oceanic Engineering (OES) chapter.

There will be light snacks and refreshements served following the talk. 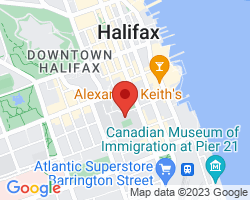 Underwater Communications: from theory to experimentation

This talk will focus on the development of underwater communication systems for different applications and will primarily focus on the physical layer to enable underwater networks. The effect of the acoustic channel will be considered to maintain a reliable link, constrained on the spectral efficiency. The effect of multipath arrival and Doppler spread on the distortion of the signal will be analyzed. The reliability of different modulation techniques will be validated through theoretical models and confirmed with experiments. Dalcomm1, a measurement campaign realized in the Summer 2017 will be described, and post-analysis of the data will be used to quantify the performance of coherent and non-coherent receiver architectures. Finally, to support the deployment of large infrastructures with tens to hundreds of sensors, the performance of an ad hoc network protocol is characterized. Future network architectures will be presented that rely on mobile vessels equipped with high speed wireless links such as optical, or magneto-inductive coupling to recover the information and forward it to the end users.

Jean-François Bousquet joined Dalhousie University in July 2013 and is currently Associate Professor in the Department of Electrical and Computer Engineering.  His research interests are communication systems, highly integrated circuits, and software defined radios applied to ocean technology. He is a graduate of École Polytechnique de Montréal where he completed his B. Eng. in Electrical Engineering in 2001. He also completed his M.Sc. and Ph.D. degree in Electrical Engineering at the University of Calgary in 2007 and 2011 respectively, where he focused on the implementation of low-power integrated circuits applied to wireless communications. Between 2009 and 2011, he was employed as a high-speed analog IC designer at Ciena for the development of coherent fibre optics communication networks. Since he joined Dalhousie, he has applied his expertise towards a new and exciting application: underwater communications.