As an optimistic engineering-inclined kid in middle school, I always assumed the first new car I would buy would be an electric. Sadly, it was the third new car I bought that was a full electric.

I have a bit of a longer commute and I'll share why I chose the Tesla.

I'll talk about some of the interesting aspects of owning an electric car such as: 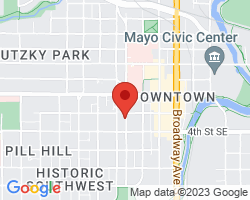 Eldon Nelson M.S. P.E. is a Verification Application Engineer working at Synopsys.  He received his B.S. and M.S. degree in electrical engineering from the University of Minnesota and is a licensed Professional Engineer (P.E.).  Eldon's technical blog tenthousandfailures.com features posts on verification and GNU Emacs - two of his favorite topics.  Before working at Synopsys he has worked for: Intel, Micron Technology, IBM, Unisys, and the National Science Foundation. He has 6 published papers in the field of Digital Verification and been granted one patent. He is a recipient of both a first and second place best paper at the Design and Verification Conference (DVCon) in San Jose, California. He has volunteered consistently with IEEE for over a decade in various roles and is currently serving as the IEEE Twin Cities Section Chair 2019.

Networking at 6:30 PM with pizza/refreshments and lecture at 7:00 PM.