Ari Sihvola was born in 1957, in Valkeala (Finland). He received the degrees of Diploma Engineer in 1981, Licentiate of Technology in 1984, and Doctor of Technology in 1987, all in Electrical Engineering, from the Helsinki University of Technology (TKK), Finland. Besides working for TKK and the Academy of Finland, he was visiting engineer in the Research Laboratory of Electronics of the Massachusetts Institute of Technology, Cambridge, in 1985–1986, and in 1990–1991, he worked as a visiting scientist at the Pennsylvania State University, State College. In 1996, he was visiting scientist at the Lund University, Sweden, and for the academic year 2000–2001 he was visiting professor at the Electromagnetics and Acoustics Laboratory of the Swiss Federal Institute of Technology, Lausanne. In the Summer of 2008, he was visiting professor at the University of Paris XI, France, and in the Summer 2015 in University of Rome La Sapienza. Ari Sihvola is professor of electromagnetics in Aalto University School of Electrical Engineering (Aalto University was created in 2010 as a merger of three universities: Helsinki University of Technology, Helsinki School of Economics, and the University of Art and Design). His scientific interests range from electromagnetic theory, complex media, materials modeling, remote sensing, and radar applications, into engineering education research and history engineering and technology. Ari Sihvola is Chairman of the Finnish National Committee of URSI (International Union of Radio Science), Former Chairman of the Commission B (Fields and Waves) of the international URSI, and presently Vice President of URSI. He is Fellow of IEEE, URSI, and the Electromagnetics Academy. 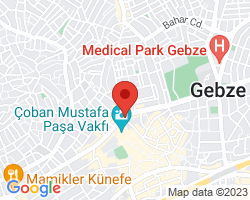 Characterization and Effective Description of Heterogeneous and Composite Electromagnetic Materials