Location: ENC 1002 on the first floor of the Engineering III (ENC) building at USF

The unfolding of the Information Age has led to a plethora of products and services enriching our lives and skyrocketing world economy. This advancement in telecommunications has been driven by both hardware and software. The circuit complexity, as portrayed by the number of transistors on the silicon chip, continues to double every 24 months as pointed out by Moore’s law. On the other hand, the communication bandwidth had doubled every 18 months. This meteoric increase in bandwidth has been made possible by three key developments over the last 60 years. The first of these was the demonstration of the point-contact bipolar transistor in 1947 by Bardeen, Brattain and Shockley which started the solid-state revolution. This was followed by the demonstration of the MOS Field-Effect-Transistor by Kahng and Atalla in 1960. The second key contributor to this bandwidth explosion was the development of Information Theory as enunciated by Claude Shannon in 1948. Once in place, this provided a firm theoretical underpinning to understand the trade-offs between signal-to-noise ratio, bandwidth and error-free transmission in the presence of noise. The third key development which ignited this fire was the invention of laser by Schawlow and Townes in 1958 with a working demonstration in 1960. Serious efforts to transform this understanding into high-performance lightwave systems started by the designing of integrated electronics using MOS technology around 1980. However, initial attempts at boosting receiver sensitivity and data-rates was seriously hampered by a lack of understanding of the noise performance of the MOS device. Speaker’s contributions in this area not only led to a deeper understanding of the noise behavior of MOS devices but also produced an order of magnitude improvement in their performance. This set the stage for MOS to become the technology of choice for lightwave and now low-cost wireless terminal applications. The ubiquitous nature of cell phones is a testimony to these key developments in the early 80’s. In this talk, starting from smoke signals at millibits per second, we will trace these events from a historical perspective to see how these key technologies lead to the development of modern wireless and optical networks of terabit capacity with petabits looming in sight. 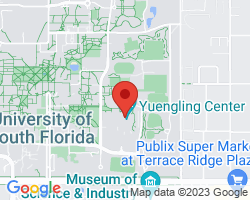 Renuka P. Jindal received his Ph.D. degree in Electrical Engineering from the University of Minnesota in 1981. Upon graduation, he joined Bell Laboratories in Murray Hill, New Jersey. His experience at Bell Labs for over 22 years bridged both technical and administrative roles. On the technical side, he worked in all three areas of devices, circuits and systems. Highlights include, in the early eighties, fundamental studies of noise behavior of MOS devices with channel lengths in the few hundred nanometers regime. His contributions led to almost an order of magnitude reduction in device noise. Over the years, this has made MOS the technology of choice for broad-band fiber optics, and narrow-band wireless base station and terminal applications including cell phones and pagers. He also designed and demonstrated high performance single-chip gigahertz-band RF integrated circuits for AT&T’s Metrobus lightwave project. He researched the physics of carrier multiplication and invented techniques for ultra-low-noise signal amplification and detection in terms of novel devices and circuits based on a new principle of random multiplication and optoelectronic integration. On the administrative side, Dr. Jindal developed and managed significant extramural funding from federal agencies and independent Lucent Technologies business units. He was solely responsible for developing and deploying a corporate-wide manufacturing-test strategy in relation to contract manufacturing for Lucent Technologies. In addition, he established and taught RFIC design courses at Rutgers University. In Fall of 2002, Dr. Jindal accepted the position of William and Mary Hansen Hall Board of Regents Eminent Scholar Endowed Chair at University of Louisiana, Lafayette, Louisiana. There, he continued to teach and undertake fundamental research in the area of random processes, wireless and lightwave devices, circuits and systems. Among the world’s firsts included the establishment of noise performance of sub-100 nm MOS devices. In 2017, Prof. Jindal was named Eminent Scientist and Chief Technology Officer of Vanderziel Institute of Science and Technology, LLC, Princeton, New Jersey, USA. There he continues research in stochastic processes cutting across distinct disciplines of Engineering, Material Science, Physics, Biology and Medicine focused on the creation of new technologies with a broad impact in the service of humanity.