Mark your calendars for our next Life Members Affinity Group Luncheon. We have a bit of change of pace this quarter. Our speaker will be David Bondurant, who is chair of the Pike's Peak Section's Life Member Group. David will be sharing his experience in 1990 as one of the first Americans to visit the forbidden Russia city of Gorky, then home of Russia’s nuclear program.

We would also like to spend some time during the meeting discussing the kinds of future events that the Life Member community would be interested in, as well as possible speakers/activities for future quarterly meetings. So bring your ideas! 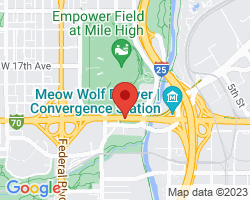 During a brief period of time starting in 1991, American and Russian scientists worked cooperatively to prevent the proliferation of weapons of mass destruction.  The Global Initiative for Proliferation Protection (GIPP) and US Industry Coalition (USIC) developed programs to engage scientists from Russia and the newly Independent States of the Soviet Union in commercial developments.  Before the fall of the Soviet Union, a small team of American scientists engaged in some of the first joint development discussions of the era of Perestroika.  David was part of a team of the first Americans to visit the forbidden Russia city of Gorky, home of Russia’s nuclear program in November 1990, and will describe the visit to their advanced semiconductor & PC manufacturing facility and show the outcome of these early efforts.

12:00 Lunch and Getting Acquainted