Abstract: Ultrafast laser processing has diverse applications, including creation of precision microstructures. However, scaling down to the nanoscale is strongly limited by the wavelength of the laser and by the cubic size of processing time with the spatial resolution, which we refer to, colloquially, as the “fat fingers problem,” the “explosion of complexity problem” and the increasingly strong thermal fluctuations.

The alternative approach that we are pursuing is to utilize laser-driven self-organization and self-assembly to put together the intended structures, which can be arbitrarily smaller than the wavelength of the laser beam. These structures are, then, dictated by the nonlinear dynamics of the system, which can be of a multitude of forms to be chosen from a limited, by rich library. We can choose them by adjusting only one or few parameters, typically, the laser power or polarization and different regions within a material can have different structures.

Our approach follows the principles laid out by luminaries like I. Progogine and H. Haken, already, in 1960s and 1970s, but was not applied to laser-material processing largely because much of the technologies we rely on did not yet exist. Our implementation is inspired by the physics of mode-locking of lasers, whereby modes that lock up in phase experience preferential “gain” over having random phases, which leads to a coherent structure in time. Similarly, we arrange for a certain coherent (typically periodic, but potentially aperiodic, as well) spatial structure to experience higher gain over the alternatives. In case of materials, this is achieved by driving the material locally far from thermodynamic equilibrium, which is necessary to gain access to multitude of spatial structures to choose from. Higher “gain” is achieved by invoking nonlinearities in the form of positive feedback between laser beam-induced changes in the material and material change-induced effects back on the laser beam.

We first showed that we could create laser-induced spatial nanostructures on various material surfaces with unprecedented uniformity (Ilday et al., Nature Photon., 2013). Afterwards, we have showed the benefits of nonlinear feedback in extremely efficient laser-material ablation (Ilday et al., Nature, 2016), creation of self-organized 3D structures inside silicon (Ilday et al., Nature Photon., 2017), and self-assembly of colloidal nanoparticles (Ilday et al., Nature Commun., 2017). We recently extended our results to self-assembly of colloids as small as a few nanometers, which is orders of magnitude smaller than the laser beam size that we use. We will also discuss how the symmetries of the feedback interactions determine the symmetries of self-organized patterns, and how we can use even “noise” to select desired patterns.

In these demonstrations, we have worked with physical systems that were deliberately chosen to be completely different from each case, from a silicon crystal to molybdenum surfaces or colloidal nanoparticles, to show that this approach is not material, size, or interaction specifics. Their commonality is that they are all nonlinear systems, which we deliberately drive far from equilibrium with the laser pulses. Although our focus is on understanding the basic physics, the talk will briefly showcase several applications.

Bio: Dr. F. Ömer Ilday received the BS degree in theoretical physics from Boğaziçi University, Istanbul, Turkey, in 1998. He took his PhD in applied physics from Cornell University, Ithaca, NY, USA, in 2003. He worked at Massachusetts Institute of Technology (MIT) from 2003 to 2006. In 2006, he joined Bilkent University as faculty member. He was awarded the European Research Council’s prestigious Consolidator Grant in 2013, the first consolidator grant and the first ERC grant on basic science in Turkey. Dr. Ilday graduated valedictorian of the top-ranked Physics Department at Bogazici University in 1998. In 2003, he received the prestigious RLE Fellowship from MIT. His contributions to science have been generously recognized through various awards, including Findlay Award from Cornell University (2004), Outstanding Young Scientist Award from the Turkish Academy of Sciences (TÜBA-GEBIP) (2006), Teşvik Award from the Scientific and Technological Research Council of Turkey (TÜBİTAK) (2011), Engin Arık Science Award from the Turkish Physical Society (2012) and the top award in science in Turkey, the Science Award of TÜBİTAK (2017). He is a full member of the Science Academy of Turkey and a senior member of the Optical Society (OSA). 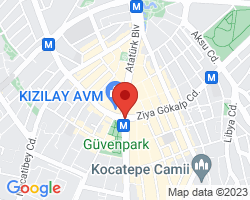