We are pleased to host Dr. Ali Khajehoddin, Associate Professor in Electrical and Computer Engineering at the University of Alberta in Edmonton, AB, Canada. He will talk about high power density converters. We are also happy to host Dr. Aitor Vázquez Ardura, Assistant Professor from the University of Oviedo, Gijon, Spain. He will talk about his research in Battery Electric Vehicle charging stations. We hope to see you there! 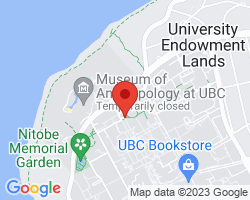 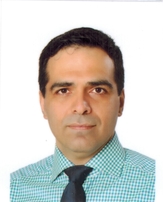 Ali Khajehoddin of University of Alberta

Dr. Ali Khajehoddin completed his PhD in Electrical Engineering specialized in power electronics and their applications in renewable energy systems from Queen's University, Kingston, Ontario, Canada, in April 2010. He received his BSc and MSc degrees in Electrical Engineering at Isfahan University of Technology, Iran.  After completing his Master’s, he co-founded a start-up company, which was focused on the development and production of power analyzers and smart metering products used for smart grid applications.  For his doctoral research at Queen’s, he focused on the design and implementation of compact and durable micro-inverters for photovoltaic (PV) grid connected systems. Based on this research, Queen’s University spun off SPARQ systems Inc. where, as the lead R&D engineer, he worked toward mass-production and commercialization of micro-inverters from 2010 to 2013.

In 2013, he joined the Department of Electrical and Computer Engineering, University of Alberta, Edmonton, AB, Canada, where he is currently an Associate Professor. He is an editor of IEEE Transaction on Power electronics and IEEE Transaction on Sustainable Energy journal and IEEE Journal of Emerging and Selected Topics in Power Electronics. 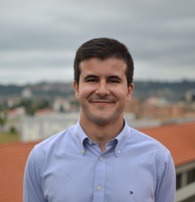 Battery Electric Vehicles are a potential market for power electronics. In this presentation, a general overview of BEV and their main charging methods will be summarized. The on-board power distribution in a BEV imposes some important challenges in the power converters involved in the power train. The power density and the bidirectional power flow capability are the most important ones. However, other aspects, such as the dc bus voltage or the load distribution can also be important requirements when designing this power architecture.
Off-board the BEV, there is a key factor for developing the electric mobility in the society: an efficient and fast charging station. Three different charging methods can be pointed out: battery swapping, wireless charging and wired charging. Each of them imposes different needs and requirements to the power converters, not only from the topological point of view but also from the energy management and control. Different practical examples will be discussed in order to classify the main problems of each method and to identify the potential field of interests. Finally, the activities around the electric mobility in the particular case of Asturias and the University of Oviedo will be presented.

Aitor Vazquez (S'2010, M'2015) was born in Oviedo, Spain, in 1984. He received the M.Sc. degree in telecommunication engineering,
in 2009, and the PhD. degree in electrical engineering in 2016, from the University of Oviedo, Gijon, Spain. He became a Member of the
Power Supply System Group, University of Oviedo, in 2010. Since 2016, he is Assistant Professor in this University. He is a currently member
of IEEE Power Electronics Society Membership (PELS), IEEE Industrial Electronics Society, IEEE Vehicular Technology Society and IEEE
Young Professionals.
His current research interests include bidirectional dc–dc power converters for HEV and BEV, battery management power supplies, DC
distribution grids, power factor corrector ac–dc converters and energy recovery systems.