IEEE MILESTONE IN ELECTRICAL ENGINEERING AND COMPUTING - Reception of First Communication to Earth from a Human Walking on the Moon, 1969

‘Parkes radiotelescope and Honeysuckle Creek stations in Australia received voice and video signals from the Apollo 11 moonwalk, which were redistributed to millions of viewers. Parkes' televised images were superior to other ground stations, and NASA used them for much of the broadcast. One of the first to use the newly developed corrugated feed horn, Parkes became the model for the NASA Deep Space Network large aperture antennas.’

The IEEE Board of Directors recently approved the above IEEE Milestone, which was nominated by the IEEE NSW Section.  IEEE has numerous historical Milestones around the world, but this is the first one in Australia.

On behalf of the IEEE NSW Section, I invite you and your partner to participate the dedication ceremony which will held at on Friday, 11th October at “The Dish”, in Parkes commencing at 11 am local time.

We have been advised that the IEEE President-elect,  Prof. Toshio Fukuda, will be attending the ceremony. We look forward to your participation in this important event.

Those that register will be provided with more details as they become finalised. 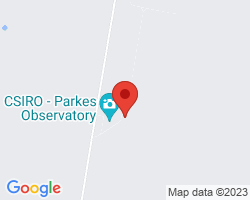