You are cordially invited to attend a talk "Cognitive Radio for Wireless Communications: Concepts and Applications" by IEEE Distinguished Speaker Prof Jae Hong Lee, to be held at CSIR in Pretoria on 20 Aug 2019 from 14:00-16:00. The talk is free of charge.

The event was registered for ECSA Continuous Development Points (CPD). The registration no is IEEE-SA-CPD-1257. 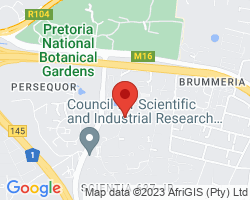 To meet rapidly growing traffic demands and accommodate large number of devices, more radio spectrum is needed for future wireless communications. Considering the scarcity of radio spectrum, it is needed to enhance the utilization of radio spectrum licensed exclusively to specific users. In cognitive radio, an unlicensed user, called a secondary user, is permitted to access the spectrum allocated to a licensed user, called a primary user. When the primary and secondary users transmit their signals simultaneously, interference occurs at both users which degrades their performance. Interference at the primary user can be avoided by spectrum sensing technique which prohibits a secondary user from transmitting its signal when it detects a primary user’s signal. Also, interference level at the primary user can be limited below a certain threshold by spectrum sharing technique in which the secondary user adjusts its transmit power accordingly. Some recent results on cognitive radio are introduced, and its applications and future research subjects are shown.

Jae Hong Lee received BS and MS degrees from Seoul National University, Korea, and Ph.D. from the University of Michigan at Ann Arbor in 1986. He was with the AT&T Bell Laboratories, Whippany, NJ, and then joined Seoul National University (SNU) where he served as Head of EECS Department, Director of Institute of New Media and Communications. Reaching mandatory retirement age at SNU in 2019 to become Professor Emeritus, he is going to move to another university in Korea as a chair professor in September 2019.

His research activities are in physical layer wireless communications such as energy harvesting, cognitive radio, D2D communication, and their applications to 5G systems and V2V communications. He is a member of Advisory Council of 5G Forum of Korea. He served as Principal Investigator in Communications for ITS Grand Design Project of the Korean government. He published over 360 papers and holds forty-two patents. His laboratory was designated as a National Leading Research Laboratory by the Ministry of Education, Science and Technology of Korea.

Please arrive early as CSIR requires every visitor and/or car/laptop to be registered, a procedure requiring an ID or passport and around 10-15 min. The CSIR maps are available here: https://www.csir.co.za/sites/default/files/Documents/CSIR_Pretoria_Site.pdf. The easiest access is via North Entrance (gate 3). You are welcome to click on the map to be directed to the final destination via Google Maps.