It is exciting to announce the first IEEE Atlanta Communications Society meeting scheduled for October 1st, 2019. Our speaker Mr. Richard Wise is preparing to give a presentation on the "Applications of Model-Based Systems Engineering (MBSE) in Communications Systems Design". It'll be an exciting opportunity to see aspects of communications systems design and how to apply MBSE to it.

We will be meeting in Room 119A at the GTRI Conference Center located on 250 14th Street NW, Atlanta. Please park on the second floor of the parking deck next to the building in one of the available "Visitor parking spots" only.

Lunch is available starting 11:30 a.m. and the presentation follows.

Abstract of the presentation:

This presentation will discuss the status of a modeling effort that provides mission-relevant context to disconnected high-fidelity analysis tools for conducting a trade space analysis of an optimal communication systems architecture. Specifically, the architecture is a mobile ad-hoc network (MANET) established to provide broadband connectivity and aerial surveillance in a natural disaster response scenario. A model-based systems engineering (MBSE) approach leveraging SysML is employed to manage the complexity of not only the definition of the MANET architecture and its relationship to stakeholder priorities, but also the interface to the analysis tools and the orchestration of the trade space analysis itself. Realization of modeling objectives such as reusability and scalability have resulted in libraries of common block definitions and patterns that function as an interface between a value-oriented decision model providing mission-relevant context, the architectural definition of the MANET, and analysis tools performing the complex calculations. Initial work has leveraged the commercial tool, Cameo Systems Modeler and the companion Cameo Simulation Toolkit to demonstrate the exchange of specific MANET architecture configurations in an operational scenario with open-source network analysis tools via text-based files and ingesting the resulting network performance values back into the model.

More details can be seen on the IEEE Atlanta ComSoc website. 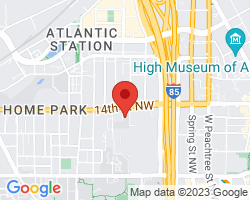 Mr. Wise joined GTRI as a Research Engineer in 2012 with a Master’s Degree in Applied Systems Engineering from the Georgia Institute of Technology and a Bachelor of Science in Aerospace Engineering from Embry-Riddle Aeronautical University. In his nearly eight years at GTRI, he has grown to be a highly sought-after technical leader in the research, application, and education of Model-Based Systems Engineering (MBSE) methods, languages, tools, and team leadership. He has worked on a variety of systems including: electronic warfare systems, energy systems, radar fire control systems, avionics software, wearable systems, communication systems, and network architectures in development by U.S. Army, Navy, Air Force and Marine Corps sponsors. Stemming from his passion for MBSE, his research interests include concept formulation and expression via metamodels (models of models) and modeling languages such as the Unified Modeling Language (UML), Systems Modeling Language (SysML), and non-standard domain-specific languages (DSL); integration of descriptive and analytic system models; modeling frameworks, patterns, and libraries; and advancements in MBSE education. In addition to sponsored research, Mr. Wise is the instructor of the Systems Modeling with SysML course in the Georgia Tech Professional Master’s in Applied Systems Engineering (PMASE) graduate degree program as well as a regular lecturer in the Georgia Tech Professional Education short course: Fundamentals in Modern Systems Engineering.