Communication and BTS chapters: Revisiting the Viterbi Algorithm and Its Early Secrets

Abstract: It’s been just over 50 years since A. J. Viterbi published his famous algorithm for decoding convolutional codes. While the Viterbi Algorithm’s core, best state or ACS, is well known, the need for tracing back in a code trellis is less so. His paper highlighted the role of block length in exploiting the then state-of-art bounds on error probability, and his novel method remains optimal in single-pass, maximum likelihood decoding and several other problem areas. Trace back was IP secretive in those early days. Yet it was the key to reaching the potential of both the codes and the algorithm. In honor of Viterbi’s many contributions, this talk revisits the VA, covering the insight of trace back as well, in theory and implementation. No prior experience in trellises and the VA is needed to appreciate this brief walk through a boom moment in digitial communications that still reverberates today.

Speaker: Keith Kunm (COMSOC M ’76) holds a BSEE from Arizona State University and MS from Stanford University. He worked at LInkabit in the 1970s for two of the earliest practical coding experts, Jerry Heller and Andy Viterbi, mainly in sequential decoding, troposcatter, packet radio and LSI codecs, and SSMA. He then worked a few years in CVTs for electric cars, but it was way too early. So he returned to digital communications for the next 35 years, lastly on US Navy’s Mobile User Objective System SATCOM. Chasing SBIRs from time to time, these days, as AI7SI, he is working on amateur radio SDR, full circle back to his beginnings as a ham in 1964. 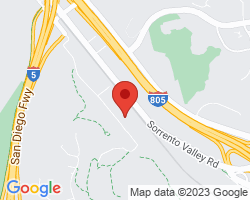