The Schwinger Plasma: An Experimental Program to Study the Plasmas That Exist Inside the Vacuum

The most fundamental plasma is the quantum vacuum, but it remains largely inaccessible to experiments because of the energy scales involved. The minimum temperature required to “ionize” the vacuum is equivalent to the mass of an electron-positron pair, 1 MeV, or about 1010K. One way to imagine creating an e+e- plasma out of “nothing” is through tunnel ionization of the vacuum by a laser; but simple scaling shows that the intensity required to reach the tunneling threshold must be more than 1029 W/cm2, which has been called the “Schwinger threshold”. This talk will introduce the experimental methods we will use to reach this regime, and what we might expect to find. 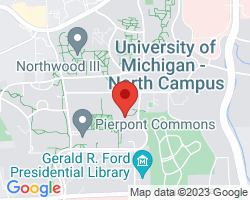 Phil Bucksbaum is the Marguerite Blake Wilbur Professor at Stanford University, with appointments in Physics, Applied Physics, and in Photon Science at SLAC. He also founded and directed the Stanford PULSE Institute (ultrafast.stanford.edu). He studies the interaction of intense coherent radiation with atoms and molecules, with emphasis on interactions induced by attosecond pulsed radiation and ultrashort x-ray lasers. Prior to Stanford, Bucksbaum was on the faculty at U. of Michigan, and on the research staff at Bell Laboratories. He received MA and PhD degrees in Physics from U. of California at Berkeley, and his AB degree in Physics, magna cum laude from Harvard College. He is Fellow of the American Physical Society and Optical Society of America and elected to the National Academy of Sciences and American Academy of Arts and Sciences. He was president of OSA in 2014 and is president-elect APS, where he will serve as president in 2020.