Topic: "The Design And Development Of A Self Calibrating Star Tracker System"

Abstract: A Star tracker is an electro-optical celestial referencing device that recognizes star patterns, such as constellations, and detects its orientation in real-time to a high degree of accuracy. Satellites in orbit today make use of at least one star tracker and they are also employed in Earth and space bound telescopes, ballistic missiles, tanks and night navigating ships. In this talk, I’ll be presenting the first national star tracker system developed by the Tubitak Space Research Center and myself for the target Turksat 6A and IMECE satellite platforms. The star tracker device has two main operating modes: Lost-In-Space Mode, where the device cold-starts at an unknown orientation and tries to orient itself in some number of seconds and the Tracking Mode, where the star tracker updates its orientation from a known initial orientation in real-time (>10Hz) using the incoming video stream. Additionally, star tracker also needs to be able to operate in harsh environmental factors of space like high temperature gradients, intense vibrations during orbital launch and constant radiation. These environmental factors result in shifts and decays in the calibration of the hardware which need to be compensated for in software. I’ll be presenting the design and development of the algorithms used in the star tracker in order to ensure the required speed and accuracy targets throughout its operation lifetime.

Bio: Engin Tola received his BS and MS degrees in Electrical and Electronics Engineering from the Middle East Technical University in 2003 and 2005 respectively with Signal Processing as a sub-specialty. After that he completed his PhD studies in Computer Vision from École Polytechnique Fédérale de Lausanne, Switzerland in 2010. He then founded Aurvis R&D – a computer vision and machine learning research and development company in Ankara. He is primarily interested in 3d geometrical scene understanding, reconstruction, localization and exploration problems in real-time and offline camera systems for land-based or flying robotic platforms. During his 10 years in the industry, he developed algorithms and products for companies like Autodesk, Dronedeploy and Tubitak Space Research Center. He is also a co-founder of Argutek – a mobile augmented reality focused company and Docu.ai – a San Francisco based AI-powered data extraction company. 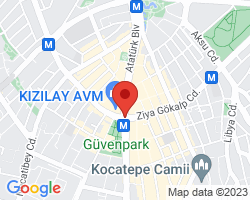 The Design And Development Of A Self Calibrating Star Tracker System