With the Soviet Union’s launch of the first Sputnik satellite in 1957, the Cold War soared to new heights as Americans feared losing the race into space. This presentation tells the enthralling yet little-known story of the hypersonic X-15, the winged rocket ship that met this challenge and opened the way into human- controlled spaceflight.

This remarkable research aircraft held the world’s altitude record for 41 years, and still has no equal to match or better its speed of more than 4,500 mph. Beyond the X-15 are the stories of the 12 men who guided it into space, and all the people who kept the rocket plane flying for nearly a decade. This is the story that has never been told of the vehicle that was the true precursor to the Space Shuttle by being the first piloted and winged vehicle to exit Earth’s atmosphere, and make a controlled reentry to a landing on hard-packed dry desert lakebeds.

In her research, Ms. Evans interviewed nearly 70 people, including 9 of the 12 pilots, including Neil Armstrong, Scott Crossfield, and Robert White, with family representatives for the remaining pilots. Others she spoke with include managers, flight planners, and the technicians and engineers who made the X-15 ready to fly its next research mission at high altitude and high Mach.

Michelle Evans is the founder and president of Mach 25 Media (www.Mach25Media.com) and is a writer, photographer, and communications specialist in aerospace. She has written the bestselling book “The X-15 Rocket Plane, Flying the First Wings into Space” which was published by the University of Nebraska Press as part of their “Outward Odyssey, People's History of Spaceflight” series.

Michelle's background in aerospace engineering includes serving in the US Air Force working on missile systems, and later in private industry accomplishing environmental testing for systems used in airliners and spacecraft. Her current work with Mach 25 Media provides education and display services for astronaut appearances and other space-related events at government facilities, science centers, schools, and other venues across the country and overseas.

Michelle is a Distinguished Lecturer with the American Institute of Aeronautics and Astronautics, and her book on the X-15 was a finalist for the Eugene M. Emme Award for Astronautical Literature. Michelle received the Diverse Community Leader Award from Orange County Human Relations, and was recognized as one of the 100 Most Influential People in Orange County. She has appeared in numerous publications, including Air & Space Smithsonian, Ad Astra, Orange County Register, Los Angeles Times, and New York Times. Michelle was also a technical consultant on the Neil Armstrong biopic “First Man.” 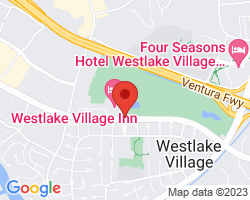