You are cordially invited to the regular Stamm at EPFL.

- 17:30-17:40 Introduction by Hugo Wyss on A short historical introduction of the notion “Broadcasting” with mention of the IEEE Milestones which are directly related to TV Broadcasting ( the 1912 founded Institute of Radio Engineers was started concurrently with the birth of Radio Broadcasting).

We look forward meeting you at the stamm 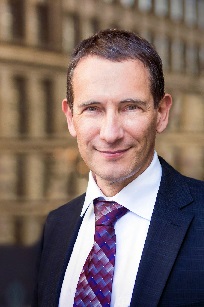 Starting with the analogue TV history the presentation will cover how digital television was introduced in Europe starting with the creation of the DVB Project (www.dvb.org) in 1993 followed by an overview  on how the technology developed over the last 25 years. Finally IP based video delivery (OTT and IPTV) will be introduced.

Dr. Peter Siebert’s career spans 35 years.  He has held various positions within the Broadcast industry, most recently he was the Executive Director at the DVB Project Office in Geneva, where he was responsible for all organizational and technology related aspects of the DVB.  Prior to this with Siemens AG, he was influential in the design of the end-to-end IPTV and set-top box solution; at SES-ASTRA he was instrumental in the introduction of digital television via satellite for Europe, based on the DVB/MPEG-2 standards; and at Philips Kommunikations AG, he managed digital audio and video transmission.