The transformative role of Computer Science and Information Communication Technologies (ICT) has always been witnessed as a precursor of scientific progress and economic growth in the modern world.  Today, like never before, we are witnessing an increasing exploitation of ultra-broadband (fixed-mobile) infrastructures and Cloud-Edge Computing, for providing any sort of digital services for our daily life.

The so-called Digital Transformation is going to create a pervasive artificial nervous system embedded into the reality around us. As a matter of fact, a very large adoption of mobile terminals and devices and a pervasive distribution of the Internet of Things will allow collecting enormous big data sets, which will be communicated and transmitted by ultra-broadband, low latency network connections (e.g., 5G) to Cloud and Edge Computing Data Centers (DCs). These DCs, in turn, will store and elaborate the collected big data in order to infer decisions (with Big Data analytics and big data analytics methods) which will be then exploited, locally, by actuators. This is the typical closed loop of any autonomic or artificial nervous system (e.g., collect-analyze-decide-act). Therefore, big data analytics and AI will be at the center of this transformation.

In this direction, there are evidences of an emerging research an innovation field, rooted in quantum optics, where the technological trajectories of DNNs and nanophotonics are crossing each other. As a matter of fact, it is likely that one of the possible explanations of DNN outperforming is really deeply rooted in the principles of theoretical Physics, specifically Quantum Field Theory (QFT) and Gauge theory.

This is encouraging even more researches and experiments in the direction of a full exploitation of quantum computing and networking for the development of future internet and innovative ICT solutions. Given that QFT and Gauge theory have been already proposed for modelling the brain and biological nervous systems, this talk explores the intriguing possibility of exploiting quantum optics principles also for developing a future “nervous system” for the coming Quantum Society.

Antonio Manzalini received the M. Sc. Degree in Electronic Engineering from the Politecnico of Turin (Italy) and the Ph.D on Computer Science and Networks from Télécom SudParis and Université Pierre & Marie Curie – Sorbonne Universités (France). In 1990 he joined Telecom Italia (CSELT) to develop transport networks architectures. He has been ITU Rapporteur (1996-2000). He has been involved in leading roles of several EURESCOM and EU-funded Projects (e.g., FP5 IST Project LION, FP6 IST IP NOBEL, FP6 FET ICT Project CASCADAS). In 2003 he has been appointed as member of the Scientific Committee of the Centre Tecnològic de Telecomunicacions de Catalunya. In 2008 he achieved the International Certification of Project Manager by PMI. He has been the leader of two EIT-Digital funded projects on SDN and NFV infrastructures (2010-2012). In 2013 he has been the Chair of the IEEE initiative on Software Defined Networks (2013-2016). Currently, he is joining the Board of IEEE Comsoc Industry Committee. He has been General Chair and TPC member of several IEEE Conferences. He owns seven patents. His results have been published in more than 130 of technical papers and publications. His interests in TIM concern SDN, NFV, Cloud vs Multi-Access Edge Computing for 5G, HPC, Future Internet, Quantum Communications and Metamaterials (for 6G). 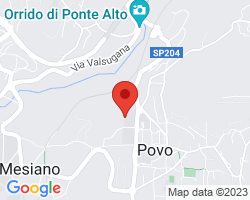