A composition and analysis technique was developed for investigation of infinite Petri nets with
regular structure, introduced for modeling networks, clusters, computing grids, and clouds that also
concerns cellular automata and biological systems. A case study of a square grid structure
composition and analysis is presented. Parametric description of Petri nets, parametric
representation of infinite systems for the calculation of place/transition invariants, and solving them
in parametric form allowed the invariance proof for infinite Petri net models. Some additional
analysis techniques based on graphs of transmissions and blockings are presented. Further
generalization on multidimensional structures such as hypercube and hypertorus implemented.
Generators of Petri net models developed and put on GitHub for public use. Complex deadlocks
were disclosed and a possibility of network blocking via ill-intentioned traffic revealed. Prospects
for further development of infinite Petri net theory are outlined. 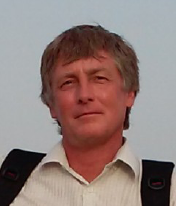 Dmitry A. Zaitsev received the Eng. degree in Applied Mathematics from Donetsk Polytechnic Institute, Donetsk, Ukraine, in 1986, the Ph.D. degree in Automated Control from the Kiev Institute of Cybernetics, Kiev, Ukraine, in 1991, and the Dr.Sc. degree in Telecommunications from the Odessa National Academy of Telecommunications, Odessa, Ukraine, in 2006. He is a Professor of Information Technology at Odessa State Environmental University, Ukraine since 2014. He developed the analysis of infinite Petri nets with regular structure, the decomposition of Petri nets in clans, generalized neighborhood for cellular automata, and the method of synthesis of fuzzy logic function given by tables. He developed Opera-Topaz software for manufacture operative planning and control; a new stack of networking protocols E6 and its implementation within Linux kernel; Petri net analysis software Deborah, Adriana, and ParAd; models of TCP, BGP, IOTP protocols, Ethernet, IP, MPLS, PBB, and Bluetooth networks. His current research interests include Petri net theory and its application in networking, computing and automated manufacture. Recently he started working in the area of exascale computing applying his theory of clans to speed-up solving sparse linear systems on parallel and distributed architectures. He was a co-director of joint projects with China and Austria. Recently he has been a visiting professor to Technical University of Dortmund, Germany on DAAD scholarship, to University of Tennessee Knoxville, USA on Fulbright scholarship and to Eindhoven University of Technology, Netherlands. He published a monograph, 3 book chapters and more than a hundred of papers including issues listed in JCR. He is a senior member of ACM and IEEE. Additional information including papers, software, models, video-lectures in put on personal web-site http://daze.ho.ua

To join webinar at zoom, Kindly use the following id and password mentioned below.

Zoom Platform will be used for the Webinar.