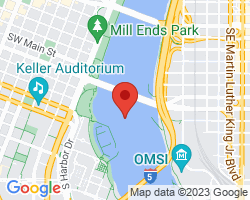 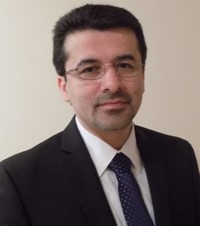 The Pursuit of Happyness: Establishing Hardware Root-of-Trust for Cyber Security

Design, fabrication, assembly, test, and debug of integrated circuits and systems have become distributed across the globe, raising major concerns about their security and trustworthiness. Such systems are prevalent is many critical-mission infrastructures, in which they require long and secure operation life. In this talk, we will provide a detailed overview of the challenges in today’s global electronics supply chain, then discuss the need for establishing hardware root of trust (HROT) within cyber domain. Notably, we will present innovative methods to demonstrate authentication and trust verification for Integrated circuits and systems.

He serves on the program committee of more than a dozen leading conferences and workshops. He served as Program and General Chairs of several leading conferences and workshops. He co-founded a new symposium called IEEE International Symposium on Hardware-Oriented Security and Trust (HOST) and served as HOST-2008 and HOST-2009 General Chair (http://www.hostsymposium.org/). He is currently serving as HOST’s Chair of Steering Committee. He is also the co-founder of Trust-Hub (www.trust-hub.org) and Asian HOST (http://asianhost.org/2017/). He serves as co-EIC for newly established Journal on Hardware and Systems Security (HaSS). He also served as an Associate EIC for IEEE Design & Test, an IEEE Distinguished Speaker, and an ACM Distinguished Speaker from 2010 to 2014. He is currently serving as an Associate Editor for JETTA, JOLPE, Transactions on VLSI (TVLSI), and Transactions on Design Automation for Electronic Systems (TODAES). Prior to joining University of Florida, Dr. Tehranipoor served as the founding director of the Center for Hardware Assurance, Security, and Engineering (CHASE) and the Comcast Center of Excellence in Security Innovation (CSI) at the University of Connecticut.  Dr. Tehranipoor is a Fellow of IEEE, a Golden Core Member of the IEEE, and Member of ACM and ACM SIGDA. He is currently serving as IEEE Ambassador on Cybersecurity.