Current and Future Trends in 5G/B5G/6G

IEEE Young Professionals Affinity Groups of the Montreal Section, Ottawa Section, Toronto Section, Turkey Section, and the IEEE Vancouver Joint Communications Chapter bring bright minds from the flagship research groups across the globe to give the community technical lectures on cutting-edge areas in wireless communications. This event will cover broad arrays of topics along with fundamental research results targeting a variety of applications in 5G/B5G/6G.

Abstract: Communication at high-frequency terahertz (THz) bands is seen as a staple of the sixth generation (6G) of wireless cellular networks, due to the large amount of available bandwidth. However, 6G systems will have to support, not only high data rates, but also highly reliable communication links for emerging applications such as advanced wireless virtual reality (VR) systems. In particular, advanced wireless VR applications will impose new visual and haptic requirements that are directly linked to the quality-of-experience (QoE) of VR users. These QoE requirements can only be met by wireless 6G connectivity that offers high-rate and high-reliability low latency communications (HRLLC), unlike the low rates usually considered in vanilla 5G ultra-reliable low latency communication scenarios.  Guaranteeing HRLLC in THz-enabled 6G systems requires dealing with the uncertainty that is specific to the THz channel. Therefore, in this talk, after a brief overview on our vision of 6G systems, we will explore the potential of THz for meeting HRLLC requirements. In this regard, we first quantify the risk for an unreliable VR performance through a novel and rigorous characterization of the tail of the end-to-end (E2E) delay. Then, we perform a thorough analysis of the tail-value-at-risk (TVaR)  to concretely characterize the behavior of extreme wireless events crucial to the real-time VR experience. We use this analysis to derive system reliability for scenarios with guaranteed line-of-sight (LoS)  as a function of THz network parameters. We then present simulation results that show how abundant bandwidth and low molecular absorption are necessary to improve the reliability, although their effect remains secondary compared to the availability of LoS, which significantly affects the THz HRLLC performance. We conclude our talk with an overview on other key open problems in the realms of THz communications and 6G systems.

Abstract: The very fundamental principles of digital and wireless communications reveal that the provision of ubiquitous super-connectivity in the global scale – i.e., beyond indoors, dense downtown or campus-type areas – is infeasible with the legacy terrestrial network architecture as this would require prohibitively expensive gross over-provisioning. The problem will only exacerbate with even more demanding use-cases of 2030s such as UAVs requiring connectivity (ex: delivery drones), thus the 3D super-connectivity.

In the envisioned VHetNet architecture, the HAPS systems constitute arguably the most promising tier. For more information on HAPS systems, please refer to the below papers under review:

Abstract: Grant-free multiple access (GFMA) is a promising paradigm to efficiently support uplink access of Internet of Things (IoT) devices. In this talk, we present a deep reinforcement learning (DRL)-based pilot sequence selection scheme for GFMA systems to mitigate potential pilot sequence collisions. We formulate a pilot sequence selection problem for aggregate throughput maximization in GFMA systems with specific throughput constraints as a Markov decision process (MDP). By exploiting multiagent DRL, we train deep neural networks (DNNs) to learn near-optimal pilot sequence selection policies from the transition history of the underlying MDP without requiring information exchange between the users. While the training process takes advantage of global information, we leverage the technique of factorization to ensure that the policies learned by the DNNs can be executed in a distributed manner. Simulation results show that the proposed scheme can achieve an average aggregate throughput that is close to the optimum, and has a better performance than several heuristic algorithms.

Abstract: This talk will break down the vision of wireless network edge intelligence at scale in terms of theoretical and algorithmic principles in addition to a number of applications in beyond 5G/6G.

Fellow of IEEE and a Fellow of Canadian Academy of Engineering

Abstract: In this talk, I will illustrate how machine learning can be used to improve the design of wireless communication systems. In particular, we propose deep learning approaches to design the channel sensing and downlink precoding strategies for both the time-domain duplex (TDD) and the frequency-domain duplex (FDD) massive MIMO systems at the mmWave frequency. The first part of the talk considers the design of TDD system employing hybrid analog and digital beamforming. In the second part of the talk, we further show that deep learning can be used for efficient and distributed channel estimation, quantization, feedback, and downlink multiuser precoding for an FDD cellular system with rate-limited feedback. 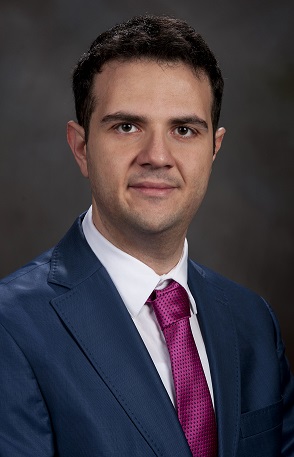 Walid Saad received his Ph.D degree from the University of Oslo in 2010. He is currently a Professor at the Department of Electrical and Computer Engineering at Virginia Tech, where he leads the Network sciEnce, Wireless, and Security (NEWS) laboratory. His research interests include wireless networks, machine learning, game theory, security, unmanned aerial vehicles, cyber-physical systems, and network science. Dr. Saad is a Fellow of the IEEE and an IEEE Distinguished Lecturer. He is also the recipient of the NSF CAREER award in 2013, the AFOSR summer faculty fellowship in 2014, and the Young Investigator Award from the Office of Naval Research (ONR) in 2015. He was the author/co-author of nine conference best paper awards at WiOpt in 2009, ICIMP in 2010, IEEE WCNC in 2012, IEEE PIMRC in 2015, IEEE SmartGridComm in 2015, EuCNC in 2017, IEEE GLOBECOM in 2018, IFIP NTMS in 2019, and IEEE ICC in 2020. He is the recipient of the 2015 Fred W. Ellersick Prize from the IEEE Communications Society, of the 2017 IEEE ComSoc Best Young Professional in Academia award, of the 2018 IEEE ComSoc Radio Communications Committee Early Achievement Award, and of the 2019 IEEE ComSoc Communication Theory Technical Committee. He was also a co-author of the 2019 IEEE Communications Society Young Author Best Paper. From 2015-2017, Dr. Saad was named the Stephen O. Lane Junior Faculty Fellow at Virginia Tech and, in 2017, he was named College of Engineering Faculty Fellow. He received the Dean's award for Research Excellence from Virginia Tech in 2019. He currently serves as an editor for major IEEE Transactions. Dr. Halim Yanikomeroglu is a Professor in the Department of Systems and Computer Engineering at Carleton University, Canada. His extensive collaboration with industry on 4G & 5G wireless technologies resulted in 37 granted patents. During 2012-2016, he led one of the largest academic-industrial collaborative research programs on pre-standards 5G wireless. In Summer 2019, he started a new large-scale project on the 6G wireless network architecture. He supervised 26 PhD students (all completed with theses). He is a Fellow of IEEE, EIC (Engineering Institute of Canada), and CAE (Canadian Academy of Engineering), and a Distinguished Speaker for both IEEE Communications Society and IEEE Vehicular Technology Society. He served as the General Chair and Technical Program Chair of several major IEEE conferences; he also served in the Editorial Boards of several IEEE periodicals. He served as the Chair of IEEE Technical Committee on Personal Communications, and he is currently chairing the Steering Committee of IEEE’s flagship Wireless Communications and Networking Conference (WCNC). Dr. Yanikomeroglu received several awards for his research, teaching, and service, including the IEEE Wireless Communications Technical Committee Recognition Award in 2018 and the IEEE Vehicular Technology Society Stuart Meyer Memorial Award in 2020. 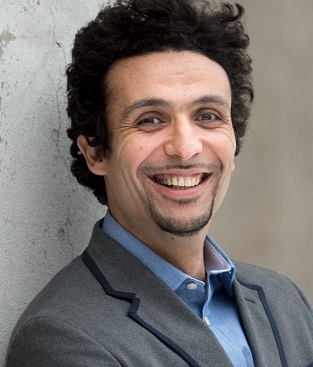 Dr Mehdi Bennis is an Associate Professor at the Centre for Wireless Communications, University of Oulu, Finland, Academy of Finland Research Fellow and head of the intelligent connectivity and networks/systems group (ICON). His main research interests are in radio resource management, heterogeneous networks, game theory and distributed machine learning in 5G networks and beyond. He has published more than 200 research papers in international conferences, journals and book chapters. He has been the recipient of several prestigious awards including the 2015 Fred W. Ellersick Prize from the IEEE Communications Society, the 2016 Best Tutorial Prize from the IEEE Communications Society, the 2017 EURASIP Best paper Award for the Journal of Wireless Communications and Networks, the all-University of Oulu award for research and the 2019 IEEE ComSoc Radio Communications Committee Early Achievement Award. Dr Bennis is an editor of IEEE TCOM and Specialty Chief Editor for Data Science for Communications in the Frontiers in Communications and Networks journal.