Is the Virtual DLT by Marco Di Renzo about the topic specified. 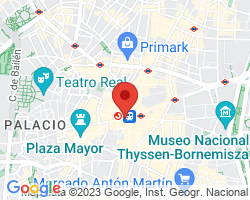 5G wireless networks are designed based on the fundamental postulate that only the end-points of the communication links, i.e., the transmitters and the receivers, can be optimized for improving the network performance. The propagation environment that lies in between them is, on the other hand, out of control of the communication engineers. In other words, while the transmitters and receivers can be controlled and optimized, the environmental objects (e.g., walls, buildings, furniture, ceilings, floors, etc.) that constitute the wireless environment cannot be customized based on the network conditions.

Today, therefore, communication engineers are used to model the radio environment as an entity that the transmitters and receivers need to adapt to, in order to either counteract or to leverage the propagation channel. Typical approaches include multiple antennas, sophisticated encoding/decoding schemes, and advanced communication protocols. These approaches have allowed wireless networks to increase the capacity-per-unit-of-energy by a 1000-fold factor in the last 20 years. However, contemporary wireless communication systems remain extremely inefficient due to the constraints imposed by the radio environment per se. A typical base station, for example, transmits radio waves of the order of magnitude of Watts while a typical user equipment detects signals of the order of magnitude of uWatts. The rest of the energy is either
dissipated over the channel or is a source of interference for other network elements.

In this talk, we challenge this status quo and introduce “Wireless 2.0”: The future generation of wireless communication networks, in which the radio environment becomes controllable and intelligent by leveraging the emerging technologies of reconfigurable intelligent surfaces (RIS) and artificial intelligence (AI). Wireless 2.0 is a paradigm-shifting wireless vision according to which wireless networks are equipped with the functionalities of (i) customizing the radio environment (i.e., controlling the propagation of radio waves and environmental objects) besides the capability of optimizing the end-points of the communication links; and (ii) optimizing the resulting wireless communication and networks with the aid of AI-based computational methods.