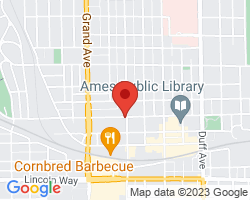 While known for a long time, antiferromagnetically ordered systems have previously been considered, as expressed by Louis Néel in his Nobel Prize Lecture, to be “interesting but useless”. However, since antiferromagnets potentially promises faster operation, enhanced stability with respect to interfering magnetic fields and higher integration due to the absence of dipolar coupling, they could potentially become a game changer for new spintronic devices. The zero net moment makes manipulation using conventional magnetic fields challenging. However recently, these materials have received renewed attention due to possible manipulation based on new approaches such as photons [1] or spin-orbit torques [2].

In this talk, we will present an overview of the key features of antiferromagnets to potentially functionalize their unique properties. This includes writing, reading and transporting information using antiferromagnets.

We probe switching and spin transport in selected collinear insulating antiferromagnets, such as NiO [5-7], CoO [8,9] and hematite [10,11]. In NiO and CoO we find that there are multiple switching mechanisms that result in the reorientation of the Néel vector and additionally effects related to electromigration of the heavy metal layer can obscure the magnetic switching [5,7,9]. For the spin transport, spin currents are generated by heating as resulting from the spin Seebeck effect and by spin pumping measurements and we find in vertical transport short (few nm) spin diffusion lengths [6,8].

For hematite, however, we find in a non-local geometry that spin transport of tens of micrometers is possible [10,11]. We detect a first harmonic signal, related to the spin conductance, that exhibits a maximum at the spin-flop reorientation, while the second harmonic signal, related to the Spin Seebeck conductance, is linear in the amplitude of the applied magnetic field [10]. The first signal is dependent on the direction of the Néel vector and the second one depends on the induced magnetic moment due to the field. We identify the domain structure as the limiting factor for the spin transport [11]. We recently also achieved transport in the easy plane phase [12], which allows us to obtain long distance spin transport in hematite even at room temperature [12]. From the power and distance dependence, we unambiguously distinguish long-distance transport based on diffusion [10,11] from predicted spin superfluidity that can potentially be used for logic [13].
A number of excellent reviews are available for further information on recent developments in the field [14].

Mathias Kläui is professor of physics at Johannes Gutenberg-University Mainz and adjunct professor at the Norwegian University of Science and Technology. He received his PhD at the University of Cambridge, after which he joined the IBM Research Labs in Zürich. He was a junior group leader at the University of Konstanz and then became associate professor in a joint appointment between the EPFL and the PSI in Switzerland before moving to Mainz. His research focuses on nanomagnetism and spin dynamics on the nanoscale in new materials. His research covers from blue sky fundamental science to applied projects with major industrial partners. He has published more than 260 articles and given more than 200 invited talks. He is a Senior member of the IEEE and has been elected to the technical and administrative committees of the magnetics society. He is also a Fellow of the IOP and has been awarded a number of prizes and scholarships.