Modelling and impact of distributed generation on system dynamics

The lecture will be held online on the MS Teams Platform of the University of Zagreb. The link can be found at the end of this notice under the "Agenda" section. 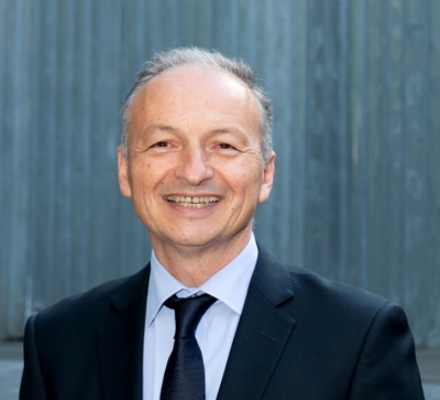 Modelling and impact of distributed generation on system dynamics

The power systems at present are principally characterised with large and ever increasing presence of variable and intermittent converter connected renewable energy sources (RES). This will be even more the case with future power systems. They will be further characterised by blurred boundaries between transmission and distribution system, by mix of wide range of electricity generating technologies (conventional hydro, thermal, nuclear and power electronic interfaced stochastic and intermittent renewable generation), responsive and highly flexible, typically power electronics interfaced, demand and storage with significant temporal and spatial uncertainty, proliferation of power electronics (HVDC, FACTS devices and new types of load devices) and significantly higher reliance on the use of measurement data including global (Wide Area Monitoring) signals for system identification, characterization and control and Information and Communication Technology embedded within the power system network and its components. The integration of variable renewable generation, converter connected generation in particular, leads to conventional synchronous generators being displaced, hence the total inertia of the system will be reduced. This in turn affects system dynamic performance by: i) Changing the flows on major tie-lines, which may in turn affect damping of inter-area modes and transient stability margins; ii) Displacing large synchronous generators, which may in turn affect the mode shape, modal frequency, and damping of electromechanical modes of rotor oscillations; iii) Influencing/affecting the damping torque of nearby synchronous generators, similar to the manner in which flexible ac transmission (FACTS) devices influence damping (reflected in changes in the damping of modes that involve those synchronous generators); iv) Displacing synchronous generators that have crucial power system stabilizers. In order to successfully control such complex system its parts and components and to ensure its stability and security at acceptable cost, the system modelling and analysis need to cater for significantly increased uncertainties, both in terms of model uncertainties and operational uncertainties, and for efficient knowledge extraction from large amount of data coming from different types of local and wide area distributed data acquisition devices and monitors. This presentation focuses on new approach to modelling of RES to meet the above challenges, the impact of RES on system dynamics and gives and discusses the examples of probabilistic stability studies of power systems with RES.

Currently, he is a Professor of Electrical Power Engineering and Deputy Head of Department of Electrical and Electronic Engineering at The University of Manchester, UK, and Visiting Professor at the University of Novi Sad and the University of Belgrade, Serbia. He was chairman of 4 international conferences, editor or member of editorial/technical boards of 70+ international journals and conferences, research project assessor or panel member for numerous international government research funding councils, member of 9 (convenor of 3) past or current IEEE/CIGRE/CIRED WG and consultant or member of advisory boards for several international companies. Professor Milanovic participated in research project with overall monetary value of over GBP 80 million, published over 550 research papers (100+ in IEEE Transactions) and reports, gave about 30 key-note speeches at international conferences and presented about 150 courses/tutorials and lectures to industry and academia around the world.

Professor Milanovic is a Chartered Engineer in the UK, Foreign member of the Serbian Academy of Engineering Sciences, Fellow of the IET, Fellow of the IEEE, Distinguished IEEE PES Lecturer, member of the IEEE PES Governing Board as Regional Representative for Europe, Middle east and Africa, former Vice-chair of PES Fellows Evaluation Committee, Chair of the IEEE Herman Halperin Transmission and Distribution Award Committee, former member of Rolls-Royce plc. Executive Advisory Board on Electrical, Control Systems & Electronics and a member of the Customer Engagement Group (https://www.enwl.co.uk/about- us/engaging-with-our-stakeholders/ceg/) an independent customer group helping to shape Electricity North West's (one of six DNO in the UK) business plans to ensure that they address the needs and preferences of their current and future customers and stakeholders.