The morning Session will be on “5G New Radio simulations with ns-3”, presented by Lorenza Giupponi, form CTTC, while the afternoon session will be on “Understanding the 5G-air-simulator: A tutorial on design criteria, technical components, and reference use cases”, by Giuseppe Piro and Sergio Martiradonna, from Politecnico di Bari.

The following elements are planned to be covered:


AFTERNOON SESSION - Understanding the 5G-air-simulator: A tutorial on design criteria, technical components, and reference use cases

Abstract and covered topics: The 5G air interface, also known as New Radio, is providing a significant transformation in the mobile network landscape. It introduces flexible and heterogeneous capabilities to harmoniously blend numerous technical components since a variety of advanced services are being developed, each one entailing different requirements. Nonetheless, the effective management of such a broad diversity is a challenging task to accomplish.

As is well known, computer simulations are relentlessly engaged in the pursuit of existing research questions on how to design, evaluate, and optimize emerging communication technologies. In this context, the 5G-air-simulator aims to represent a significant step forward for the 5G simulation tools scene.

In particular, 5G-air-simulator is an open-source and event-driven tool modeling the key elements of the 5G air interface from a system-level perspective. It implements several network architectures with multiple cells and users, different mobility and application models, a calibrated link-to-system model for physical and data-link layers, and a wide range of features standardized for both control and user planes, as well as a set of technical components recently designed for the 5G air interface (such as massive Multiple Input Multiple Output, extended multicast and broadcast transmission schemes, predictor antennas, enhanced random access procedure, and NB-IoT). Moreover, it allows a flexible configuration, arrangement, and extension of its capabilities to model both new scenarios and new technical components, hence supporting advanced studies willing to address the research questions emerging from the deployment of current and upcoming mobile systems.

This tutorial will first present 5G-air-simulator and its general-purpose features. Then it will describe a series of simulation campaigns for typical 5G scenarios, recently investigated in scientific literature and European projects. Moreover, it will explain the syntax used to perform some simulations, as well as the steps to extract the main KPIs, in order to facilitate an immediate usage of 5G-air-simulator.

Link to the event: 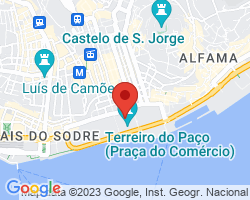 Lorenza Giupponi is a Telecom engineer from University of Rome “La Sapienza” (2002) and a PhD from Technical University of Catalonia (UPC) (2007). She joined the Radio Communications Group of UPC in 2003 with a fellowship of the Spanish Ministry of Education. During 2006 and 2007 she was assistant professor in UPC. In September 2007 she joined the CTTC where she is currently a Senior Researcher in the Mobile Networks Department. Her research experience falls in the area of RAN and spectrum management, self-organizing networks (SON), LTE, NR, NR V2X, coexistence in unlicensed spectrum, O-RAN, mmWave, simulation modelling. Since 2015 she is a member of the Executive Committee of the ns3 consortium. She is the co-recipient of the IEEE Consumer Communications and Networking Conference 2010 (IEEE CCNC 2010), of the IEEE third International workshop on Indoor and Outdoor Femto Cells 2011 2011 and of 2018 IEEE Wireless Commun. and Networking Conference best paper awards. Over the years, she has led and participated in multiple EU (in FP6, FP7 and H2020, 5GPPP), national (she was the Principal Investigator of three projects funded by the Spanish national research program) and industrial projects (funded by the WiFi Alliance, Spidercloud Wireless, Interdigital, National Institute of Standards and Technologies, Lawrence Livermore National Lab.).

Biljana Bojovic received Electrical and Computer Engineering degree from the Faculty of Technical Sciences at the University of Novi Sad in June 2008. In January 2007, she joined Schneider Electric DMS (Novi Sad, Serbia), as an internship student and later as a software engineer working on an integration of smart grid systems in close collaboration with Siemens (Minneapolis, Minnesota). In September 2009, she joined CTTC to pursue her Ph.D. on Machine Learning Techniques for Cognitive Wireless Networking following the Ph.D. program at the Networking Engineering Department at the Polytechnic University of Catalonia, Barcelona. During the spring semester 2013, she was a visiting Ph.D. student at the Qualcomm Institute at the University of California, San Diego. Since August 2015 she has been working as a research engineer at the Mobile Networks Department at CTTC and was involved in different industrial research projects focusing on 4G and 5G technologies for unlicensed spectrum, i.e., LAA, LTE-U, and NR-U. She is developer and maintainer of LTE and NR modules of the ns-3 network simulator. ​

Giuseppe Piro is an Assistant Professor in Telecommunication at Politecnico di Bari since November 2018. In March 2018, he held the habilitation as "Associate Professor" in Telecommunications Engineering, according to the National Scientific Habilitation procedure (ASN 2016-2018). He received a first level degree and a second level degree (both cum laude) in Telecommunications Engineering from "Politecnico di Bari", Italy, in 2006 and 2008, respectively. He received the Ph.D. degree in Electronic Engineering from "Politecnico di Bari", Italy, on March 2012. His main research interests include secure Internet of Things and Industry 4.0, 5G and B5G systems, data-centric and programmable architectures for the Future Internet, nano-networks, Internet models and network measurements. His research activity is documented in more than 100 peer-reviewed international journals and conference papers, accounting for more than 4200 citations and a H-index of 25 (Scholar Google). At the time of this writing, he is the local investigator of the PRIN project no. 2017NS9FEY entitled “Realtime Control of 5G Wireless Networks: Taming the Complexity of Future Transmission and Computation Challenges”. Moreover, he is involved in the European EU H2020 GUARD project and in the European Space Agency (ESA) project funded under the contract no. 4000129810/20/NL/CLP. He is also involved in Italian MIUR PON projects (Pico\&Pro, FURTHER, AGREED, RAFAEL) and in Apulia Region (Italy) Research project INTENTO. He founded 5G-air-simulator, LTE-Sim, and NANO-SIM projects and is a developer of Network Simulator 3. In the past, he was involved in EU H2020 projects, like FANTASTIC-5G, BONVOYAGE, and symbIoTe, in the “Apulia Israel joint Accelerator (AIJA)” project, and in the Italian MISE project entitled “Pre-commercial trials of 5G technology using spectrum in the 3.6 GHz-3.8 GHz range” - Area Milano (bando MISE), coordinated by Vodafone. He is also regularly involved as member of the TPC of many prestigious international conferences. Currently, he serves as Associate Editor for Sensors journal (MDPI), Internet Technology Letter (Wiley) and Wireless Communications and Mobile Computing journal (Hindawi).

Sergio Martiradonna received a Double Degree in Internet Engineering from Politecnico di Bari, Italy, and from Universitè de Nice-Sophia-Antipolis, France, in 2017. He is currently a Ph.D. Student in Electrical and Information Engineering at Politecnico di Bari, Italy. Previously, he was a researcher with the CNIT (Italian University Consortium for Telecommunications). In the past, he was involved in EU H2020 project symbIoTe as well as in the following National project: “Pre-commercial trials of 5G technology using spectrum in the 3.6 GHz-3.8 GHz range” - Area Milano (bando MISE), coordinated by Vodafone Italia. He is one of the main developers of both LTE-Sim and 5G-air-simulator projects. His research interests include 5G, 4G and NB-IoT networks, as well as system-level mobile network simulations.