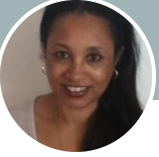 International Women's Day (IWD) is celebrated on March 8 every year. It is a focal point in the movement for women's rights. After the Socialist Party of America organized a Women's Day on February 28, 1909, in New York, the 1910 International Socialist Woman‘s Conference suggested a Women's Day be held annually. After women gained suffrage in Soviet Russia in 1917, March 8 became a national holiday there. Including, the Charter of the United Nations, signed in 1945, was the first international agreement to affirm the principle of equality of women and men.

Amleset Kelati received three Master of Science degrees in Electronics, Communication, and Electrical Engineering from the Universidad Central De las Villas, Chalmers University of Technology, and from the Royal Institute of Technology, 1986, 2001, and 2005, respectively. Amleset has more than two decades of industrial experience in the area of electronics system design, digital signal processing, and security protocols for digital communication systems prior to joining KTH to pursue her Ph.D. study. Since 2014 she engages in research activities by working as a research engineer and being a Ph.D. student between UTU and KTH, and her Ph.D.is in applications of IoT-based embedded systems for smart systems. She is authored and co-authored more than 30 journals and conferences.

Amleset Kelati is a  Senior Member IEEE, a Chair of Women’s in Engineering (WIE), and Vice-chair of Signal Processing (SPS) of IEEE Sweden section. Within her Ph.D. project, she assists in coordinating for the iGrid project, igrid-1.sys.kth.se, between UDSM ( Tanzania ) and KTH, and she is an active affiliated member of High Performance and Embedded Architecture and Compilation HiPEAC.   Her project is focused on "Design and Implementation of IoT based Embedded System on the application of Smart Grid". 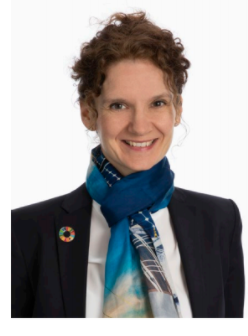 The energy system is in a global transition towards a sustainable society. Resource efficiency and environmental concerns push towards change into the use of renewable energy resources and to optimize the energy usage. This transition has been motivated by climate and energy goals and a growth in energy needs. The United Nations adapted a resolution for a sustainable development with 16 goals until 2030 and the European Commission has launched the targets towards 2030of at least 27% renewable energy in final energy consumption at European level. The electric power system is being modernized to enable this transition for a sustainable society. New power grid developments include possibilities and challenges with generation, delivery, and usage of electricity as an integrated part of the energy system.  This involves new forms of usage of electricity, for example, for transportation and demand response, and to the updating of existing electricity infrastructures. For electricity generation, the trend is toward new large-scale developments like offshore wind farms, as well as small-scale developments like rooftop solar energy. At the same time digitalization of society is creating new opportunities for control and automation as well as new business models and energy related services. Another key area for developments are the circular economics, which result in a new dimension for the life cycle cost assessment for all technical systems.

This presentation will provide a general discussion about the developments of the electric power system for a sustainable society. It will also highlight a few recent events including power shortage in Sweden and Texas.al requirements.

Lina Bertling Tjernberg is a Professor in Power Grid Technology at KTH the Royal Institute of Technology. She is the Director of the Energy platform and is the Coordinator of Life long learning at the School of Electrical Engineering and Computer Science. She was previously Professor at Chalmers University of Technology, 2009-2013, and with the Swedish National Grid 2007-2009. She completed her Ph.D. in Electric Power Systems at KTH in 2002. Her research and teaching are focused on developments of the future sustainable electric power grid with special interest in reliability analysis and predictive maintenance management.

Dr. Bertling Tjernberg is a Senior Member of IEEE and is a Distinguished Lecturer of IEEE PES. She has been the Chair of the Swedish PE/PEL Chapter (2009-2019) and has served in the Governing Board of IEEE PES (2012- 2016). She has been an Editor for the IEEE Transactions on Smart Grid Technologies and chaired the first IEEE ISGT Europe Conference. She is a Member of the Program Committee of the World Energy Council, a Member of the National Strategic Council for Wind Power, a national expert in the ISGAN Academy of Smart Grid, and a National Committee of CIRED. She has published over 100 papers and a book for CRC Press on Infrastructure Asset Management with Power System Examples., 2018.