Greetings,
Professor Behrooz Parhami, IEEE Distinguished Lecturer, will honor us with with a talk on the evolution of Computer Architecture. Register for the event now. Please include your email address so you can be included in our "Door Prize" drawing. Please use the link below to log onto the Zoom Event between 6:15 and 6:30 PM on March 17th.
Best regards, Ruth Franklin IEEE Central Coast Chair 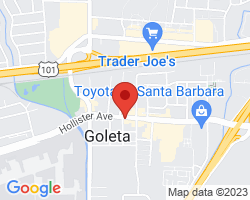 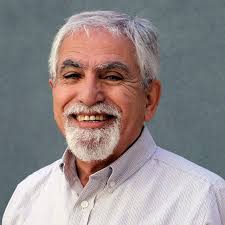 Abstract: Computer architecture became an established discipline when the stored-program concept was incorporated into bare-bones computers of the 1940s. Since then, the field has seen multiple minor and major innovations in each decade. I will present my pick of the most important innovation in each of the eight decades, from the 1940s to the 2010s, and show how these ideas, when connected to each other and allowed to interact and cross-fertilize, produced the phenomenal growth of computer performance, now approaching exa-op/s (billion billion operations per second) level, as well as to ultra-low-energy and single-chip systems. I will also offer predictions for what to expect in the 2020s and beyond.

Behrooz Parhami (PhD in computer science from University of California, Los Angeles, 1973) is Professor of Electrical and Computer Engineering, and former Associate Dean for Academic Personnel, College of Engineering, at University of California, Santa Barbara. He has research interests in computer arithmetic, parallel processing, and dependable computing. In his previous position with Sharif (formerly Arya-Mehr) University of Technology in Tehran, Iran (1974-1988), he was also involved in educational planning, curriculum development, standardization efforts, technology transfer, and various editorial responsibilities, including a five-year term as Editor of Computer Report, a Persian-language computing periodical. His technical publications include over 300 papers in peer-reviewed journals and international conferences, a Persian-language textbook, and an English/Persian glossary of computing terms. Among his publications are three textbooks on parallel processing (Plenum, 1999), computer arithmetic (Oxford, 2000; 2nd ed. 2010), and computer architecture (Oxford, 2005). Professor Parhami is a Life Fellow of IEEE, a Fellow of IET, a Chartered Fellow of the British Computer Society, a member of the Association for Computing Machinery and American Society for Engineering Education, and a Distinguished Member of the Informatics Society of Iran for which he served as a founding member and President during 1979-84. Professor Parhami has served on the editorial boards of IEEE Trans. Sustainable Computing (since 2016), IEEE Trans. Computers (2009-2014; 2016-now), IEEE Trans. Parallel and Distributed Systems (2006-2010), and International J. Parallel, Emergent and Distributed Systems (2006-2012). He also chaired IEEE's Iran Section (1977-1986), received the IEEE Centennial Medal in 1984, and was honored with a most-cited paper award from J. Parallel & Distributed Computing in 2010. His consulting activities cover the design of high-performance digital systems and associated intellectual property issues.