Wireless connectivity is becoming as essential as electricity in our modern world. Although we would like to deliver wireless broadband services everywhere, the underlying physics makes it inherently complicated: the signal power vanishes very quickly with the propagation distance and is absorbed or scattered when interacting with objects in the way. Even when we have a “strong" signal, only one in a million parts of the signal energy is being received, thus, there is a huge room for improvements!

What if we could tune the propagation environment to our needs? This is the main goal of reconfigurable intelligent surfaces, which is an emerging concept for beyond-5G communications. The idea is to support the transmission from a source to a destination by deploying so-called metasurfaces that can reconfigure how incident signal waves are scattered. These surfaces can be electronically configured to interact with the wireless signals as if they had different shapes. For example, it can be configured to behave as a parabolic reflector that is rotated to gather signal energy and re-radiates it as a beam focused on the receiver. This feature makes use of a new design dimension: we can not only optimize the transmitter and receiver but also control the channel. This might be a game-changer when communicating at mmWave and THz frequencies, where the traditional propagation conditions are particularly cumbersome.

This might sound like science fiction but is theoretically possible. In this talk, Dr. Emil will explain the fundamentals of this new technology from a signal processing perspective. By deriving a signals-and-systems description, we can look beyond the initial hype and understand what is actually happening when using reconfigurable intelligent surfaces. Dr. Emil will also describe recent experimental validations of the fundamentals. The talk will culminate in a description of the main research challenges that need to be tackled in the coming years. 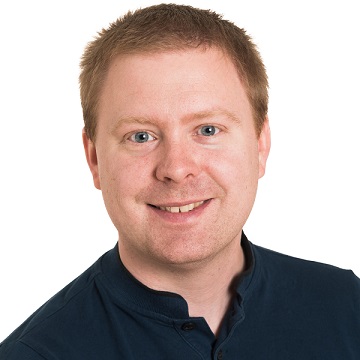 He has authored the textbooks Optimal Resource Allocation in Coordinated Multi-Cell Systems (2013), Massive MIMO Networks: Spectral, Energy, and Hardware Efficiency (2017), and Foundations of User-Centric Cell-Free Massive MIMO (2021). He is dedicated to reproducible research and has made a large amount of simulation code publicly available. He performs research on MIMO communications, radio resource allocation, machine learning for communications, and energy efficiency. He has been on the Editorial Board of the IEEE Transactions on Communications since 2017. He has been a member of the Online Editorial Team of the IEEE Transactions on Wireless Communications since 2020. He has been an Area Editor in IEEE Signal Processing Magazine since 2021.

He has performed MIMO research for over 14 years, his papers have received more than 12000 citations, and he has filed more than twenty patent applications. He is a host of the podcast Wireless Future and has a popular YouTube channel. He has received the 2014 Outstanding Young Researcher Award from IEEE ComSoc EMEA, the 2015 Ingvar Carlsson Award, the 2016 Best Ph.D. Award from EURASIP, the 2018 IEEE Marconi Prize Paper Award in Wireless Communications, the 2019 EURASIP Early Career Award, the 2019 IEEE Communications Society Fred W. Ellersick Prize, the 2019 IEEE Signal Processing Magazine Best Column Award, the 2020 Pierre-Simon Laplace Early Career Technical Achievement Award, and the 2020 CTTC Early Achievement Award. He also co-authored papers that received Best Paper Awards at the conferences, including WCSP 2009, the IEEE CAMSAP 2011, the IEEE SAM 2014, the IEEE WCNC 2014, the IEEE ICC 2015, and WCSP 2017.