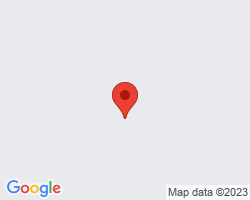 In this talk, we will present some recent results on the reconfigurable intelligent surfaces, including a practical phase shift model and beamforming optimization, a hybrid beamforming for RIS-empowered multi-hop teraherz communications, a channel estimation for RIS-enabled multi-user MISO wireless channel, and RIS-assisted MAC for wireless networks.

Chau Yuen received the B.Eng. and Ph.D. degrees from Nanyang Technological University (NTU), Singapore, in 2000 and 2004, respectively. He was a Post-Doctoral Fellow with Lucent Technologies Bell Labs, Murray Hill, in 2005, and a Visiting Assistant Professor with The Hong Kong Polytechnic University in 2008. From 2006 to 2010, he was with the Institute for Infocomm Research (I2R), Singapore, where he was involved in an industrial project on developing an 802.11n Wireless LAN system and participated actively in 3Gpp long-term evolution (LTE) and LTE-Advanced (LTE-A) standardization. Since 2010, he has been with the Singapore University of Technology and Design. He received the IEEE Asia-Pacific Outstanding Young Researcher Award in 2012 and the IEEE VTS Singapore Chapter Outstanding Service Award in 2019. He serves as an Editor for the IEEE TRANSACTIONS ON COMMUNICATIONS and the IEEE TRANSACTIONS ON VEHICULAR TECHNOLOGY, where he was awarded as the Top Associate Editor from 2009 to 2015. He served as the Guest Editor for several Special Issues, including the IEEE JOURNAL ON SELECTED AREAS IN COMMUNICATIONS, IEEE Communications Magazine, and the IEEE TRANSACTIONS ON COGNITIVE COMMUNICATIONS AND NETWORKING. He is a Distinguished Lecturer of the IEEE Vehicular Technology Society and IEEE Fellow.