THIS IS A VIRTUAL PRESENTATION 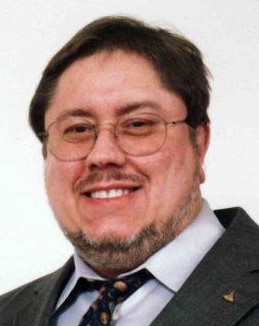 Over the past 60 years, lasers have moved from a laboratory curiosity to useful items in everyday life. About five years after first realizing the laser, Ted Maiman referred to it as “a solution in search of a problem;” a 2006 documentary about the laser was named after this quote. Today, lasers are found in pointers, replacing a long stick; in CD, DVD, and Blu-Ray players; in cars, used for rangefinding; in telecommunication systems; and with a wide variety of scientific and military application. This growth in the capability of the laser has occurred partly due to improvements in technology and materials, and partly through better understanding of the transfer of energy within the laser material. When specific applications appear, it may be possible to design a laser to fit the need.

Of course, if you want a laser for a particular use, it helps if you can predict and analyze its performance. A key method of doing so is the use of rate equations, first-order differential equations that tie together the rate of energy transfer within the laser material. These simple equations can be used to design and analyze a wide variety of laser capabilities – and can also be used to describe other systems that have related change rates. This talk will concentrate on the laser applications.

There are many active media for lasers. For example, ion lasers (such as Ar+, Kr+, and HeNe) use ionized gases; the HeNe includes energy transfer among the He+ and Ne+ ions. If ions are added to solid materials, such as Nd3+ replacing a portion of the Y3+ in Nd:YAG, the laser is called solid-state, and can be more compact and more efficient than the ion gas lasers. Other laser forms include semiconductor (or diode) lasers, which use the emission of light at an electrical p-n junction to produce a laser beam; chemical lasers, which generate energy by producing chemicals that are already in an excited state; non-ionized gas lasers, which use vibrational and rotational modes to produce the beam; and enough related methods that an entire talk would be needed just to list and describe them.

This talk concentrates on an introduction to rate equations and their application to laser performance analysis. Starting from the simplest possible system, we will add more complexity and more energy transitions, including methods for optimizing the laser output as desired for various applications. We will discuss what happens when additional active materials are added to a laser, which can result in ion-ion interactions.

We will even describe how lasers are like wolves! 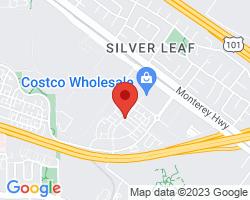 Russell Kurtz, Ph.D., is Chief Scientist of Samurai Scientists LLC. He has been working in research for three decades, during which he designed and developed laser systems using rate equation analysis. His research career has spanned a variety of topics, mostly in the optical area but also including nondestructive evaluation (NDE), guidance and tracking systems, alternative energy, metrology, and combinations of these. He has advised such groups as the California Council on Applied Competitive Technologies and the Cleantech Innovation Challenge. Dr. Kurtz has been a reviewer for OSA, IEEE, and SPIE, and has published a dozen articles in peer-reviewed journals, together with contributing to nearly 30 conference proceedings and receiving nine patents (plus five pending).

"I began studying laser rate equations in 1985, before the advent of diode pumping. Most of the analysis I will present assumes that the pump source is a flashlamp. Diode-pumping, and its effect on laser rate equation analysis, will be discussed; in the long run it makes such analysis simpler."

He is a Senior Member of IEEE.

NO LIVE QUESTIONS will be allowed during the formal presentation; instead, ALL QUESTIONS from the audience will be collected via the WebEx Chat feature and queued-up until the Q&A begins. -- IEEE Host will moderate and "distill" the chat questions and read representative questions aloud for Russ to answer during Q&A.