Abstract:
With the increasing number of vehicles and traffic accidents, driving safety has become an important factor that affects our daily lives. As the primary cause of driving accidents, driving fatigue could be prevented by a sensing and alarm system built in the vehicle. In this talk, we propose to exploit radio frequency identification (RFID) tags as low-cost wearable sensors for driving fatigue detection. Unlike traditional video camera based solutions, this approach does not require lighting in the driving environment and can effectively protect the privacy of users. We first present the NodTrack system, which sense the driver’s nodding movements using commodity RFID. To accurately extract nodding features, we propose an effective approach to mitigate the environment noise, the interference caused by surrounding movements, and the cumulative error caused by the frequency hopping offset in FCC-compliant RFID systems. A long short-term memory (LSTM) autoencoder is utilized to detect nodding movements using calibrated data. The second part of the talk presents an RFID based respiration monitoring system for driving environments. Since breathing rate is a key indicator of drowsy state, respiration monitoring in the noisy driving environment is useful for developing an effective driving fatigue detection system. The system estimates the respiration rate of a driver based on phase values sampled from multiple RFID tags attached to the seat belt, exploiting tag diversity to combat the strong noise in the driving environment. The proposed systems are implemented with commodity RFID devices. Their accurate and robust performances are demonstrated with extensive experiments conducted in a moving car. The highly accurate detection performances of the proposed systems are validated by extensive experiments in various real driving scenarios. 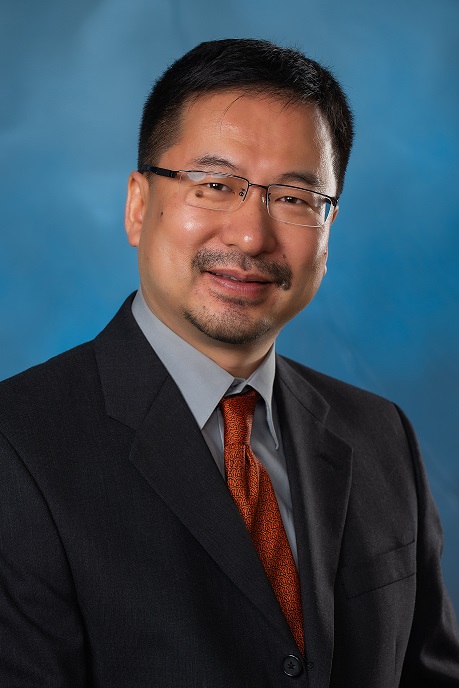 SHIWEN MAO received his Ph.D. in electrical engineering from Polytechnic University, Brooklyn, NY in 2004. He joined the Department of Electrical and Computer Engineering,  Auburn University, Auburn, AL in 2006, and held the McWane Endowed Professorship from 2012 to 2015 and the Samuel Ginn Endowed Professorship from 2015 to 2020. Currently, he is a professor and Earle C. Williams Eminent Scholar Chair, and Director of the Wireless Engineering Research and Education Center at Auburn University. His research interest includes wireless networks, multimedia communications, and smart grid. He is an Associate Editor-in-Chief of IEEE/CIC China Communications, an Area Editor of IEEE Transactions on Wireless Communications, IEEE Internet of Things Journal, IEEE Open Journal of the Communications Society, and ACM GetMobile, and an Associate Editor of IEEE Transactions on Cognitive Communications and Networking, IEEE Transactions on Network Science and Engineering, IEEE Transactions on Mobile Computing, IEEE Multimedia, and IEEE Networking Letters, among others. He is a Distinguished Lecturer of IEEE Communications Society and Distinguished Speaker of IEEE Vehicular Technology Society. He is the TPC Co-Chair of IEEE INFOCOM 2018 and the TPC Vice Chair of IEEE GLOBECOM 2022. He received the IEEE TC-CSR Distinguished Technical Achievement Award in 2019 and NSF CAREER Award in 2010. He is a co-recipient of the IEEE Vehicular Technology Society 2020 Jack Neubauer Memorial Award, the IEEE MMTC 2018 Best Journal Award and 2017 Best Conference Paper Award, the Best Demo Award from IEEE SECON 2017, the Best Paper Awards from IEEE GLOBECOM 2019, 2016 & 2015, IEEE WCNC 2015, and IEEE ICC 2013, and the 2004 IEEE Communications Society Leonard G. Abraham Prize in the Field of Communications Systems. He is a Member of the ACM and a Fellow of the IEEE.