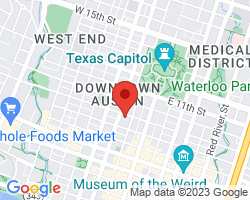 Systems engineering of a spacecraft project requires the execution of a series of subprojects to make it successful. The talk will describe the processes involved in each of the steps of a successful spacecraft project. The discussion will entail the configuration and design aspect of the spacecraft, focusing on the important factors involved. The methodology of subsystems’ assembly, their integration, and testing will be looked into. How does the satellite thus assembled is characterized and cleared for the launch will be the final part to be discussed?

Puneet Kumar Mishra earned his M.Tech (RF & Microwave) from IIT Roorkee(India) in the year  2004. Since 2004 he is with U R Rao Satellite Centre, Bangalore. His experience includes RF characterization of 45 Satellites, 300 antennas, and radomes.  He has indigenously developed C-Band, Ku-Band, and Ka-Band Compact range feeds to meet various requirements of ISRO’s satellite program and played a pivotal role in establishing a satellite-level EMC facility. He is also responsible for the establishment of Asia’s largest Subsystem level Magnetic Measurement Facility and the World’s first and largest compact range with a 10 m quiet zone. He has also developed a payload to study the RF blackout phenomenon during re-entry of space vehicles and has successfully developed Indigenous BusBars for High power satellites and used in multiple spacecraft.