Power flow control techniques have been practiced, from using inductors, capacitors, transformers and load tap changers in the earlier days of electrical engineering to power electronics-based solutions in recent years. Even though the costs and complexities of the available solutions vary widely, the basic underlying theory of power flow control is still the same as it always has been. The question is which solution one should employ. The answer depends on knowing what the true need is. The power industry’s pressing need for the most economical ways to transfer bulk power along a desired path may be met by building new transmission lines, which is a long and costly process. Alternately, it may be quicker and cheaper to utilize the existing transmission lines more efficiently. The key is to identify the underutilized transmission lines and harness their dormant capacity to increase the power flows to the lines’ thermal limits.

The presentation is designed to provide the basic principles of power flow control theory, an overview of the most commonly used power flow controllers, and future trends. The audience will hear from an expert who actually designed and commissioned a number of power electronics-based FACTS controllers since their inception in the 1990s 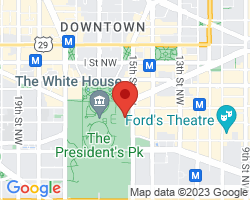 Kalyan Sen is the President & Chief Technology Officer of Sen Engineering Solutions, Inc. (www.sentransformer.com) that specializes in developing SMART power flow controllers—a functional requirements-based and cost-effective solution. Prior to his role, Kalyan worked 33 years in academia and industry. He was a key member of the Flexible Alternating Current Transmission Systems (FACTS) development team at the Westinghouse Science & Technology Center for which he became a Westinghouse Fellow Engineer. He contributed to concept development, simulation, design, and commissioning of FACTS projects at Westinghouse. He conceived some of the basic concepts in power flow control technology for which he was elevated to the IEEE Fellow grade with the citation: for the development and application of power flow control technology. He is the Co-inventor of the Sen Transformer.

Kalyan has authored or coauthored more than 25 peer-reviewed publications, 8 issued patents, 2 books, and 3 book chapters in the areas of power flow control and power electronics. He is the Coauthor of the book titled, Introduction to FACTS Controllers: Theory, Modeling, and Applications, IEEE Press and John Wiley & Sons, Inc. 2009, which is also published in Chinese and Indian paperback editions. His second book, titled, Power Flow Control Solutions for a Modern Grid using SMART Power Flow Controllers (ISBN: 9781119824350), IEEE Press and John Wiley & Sons, Inc. will be released this Fall.

Kalyan has served many organizations. He has been serving as an IEEE Power & Energy Society (PES) Distinguished Lecturer since 2002. In that capacity, he has given presentations on power flow control technology more than 150 times in 15 countries. He is an AdCom Member of the Power Electronics Society (PELS) and serves as the PELS Regions 1-6 Chair. He is the IEEE Division II Representative to the Board of Governors of Society on Social Implications of Technology (SSIT) and serves as the Chapters Committee Chair. His duties include managing 40 professional and students chapters of SSIT worldwide. He also serves as the Chair of IEEE Pittsburgh SSIT Chapter.

In 2003, he reestablished the Pittsburgh Chapters of the PES and the Industry Applications Society (IAS). Both Chapters received the “Outstanding Large Chapter” awards for their activities in 2004. He served as the Founding Chair of IEEE Pittsburgh PELS Chapter that received the Best Chapter Award in 2015. Under his Chairmanship, the IEEE Pittsburgh Section received the “Outstanding Large Section” award for its activities in 2005. He has served as the Special Events Chair of the IEEE Pittsburgh Section for a decade. He received the IEEE Pittsburgh Section Outstanding Volunteer Service Award and PES Outstanding Engineer Award (2004). His other past positions included Editor of the IEEE Transactions on Power Delivery (2002 – 2007), Technical Program Chair of the 2008 PES General Meeting in Pittsburgh, Chapters, and Sections Activities Track Chair of the 2008 IEEE Sections Congress in Quebec City, Canada, PES R2 Representative (2010 and 2011) and Member of the IEEE Center for Leadership Excellence (CLE) Committee (2013, 2014). He is an inaugural class (2013) graduate of the IEEE CLE Volunteer Leadership Training (VOLT) program. He is a Distinguished Toastmaster (DTM) who led District 13 of Toastmasters International (TI) as its Governor to be the 10th-ranking District in the world in 2007-8. He has been serving as a Boy Scouts of America Leader for almost a decade. For more details, click on http://ieee-pes.org/images/files/pdf/chapters/archive/April2009_Chapters_Sen_PES_Volunteer.pdf.