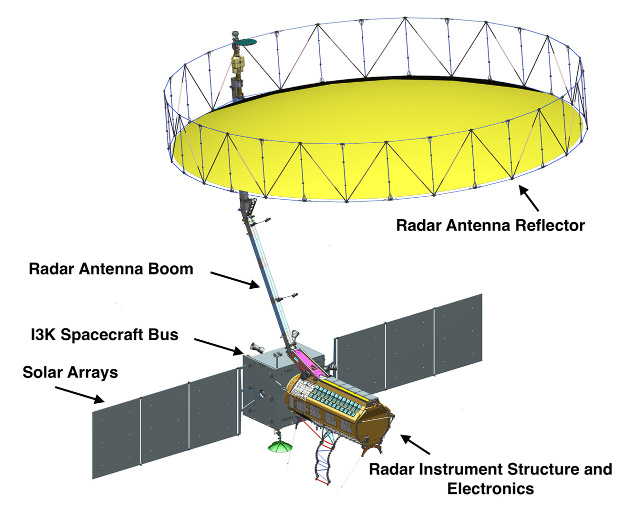 The National Aeronautics and Space Administration (NASA) in the United States and the Indian Space Research Organisation (ISRO) are developing the NASA-ISRO Synthetic Aperture Radar (NISAR) mission, now planned for launch in 2023. The mission will map Earth’s surface every 12 days, on ascending and descending portions of the orbit, over all land and ice-covered surfaces. The mission’s primary objectives will be to study Earth land and ice deformation, and ecosystems, and support applications that benefit from systematic observations such as infrastructure monitoring, agriculture, soil moisture, and disaster response.  The NISAR observatory carries two radars, one at L-band (24 cm wavelength) and the other at S-band (10 cm wavelength), each with a swath of over 240 km at fine resolution, using multiple polarizations depending on the observation target.  To achieve these unprecedented capabilities, both radars use a reflector-feed system, whereby the feed aperture elements are individually sampled to allow a scan-on-receive (“SweepSAR”) capability at both L-band and S-band.   The L-band and S-band electronics and feed apertures, provided by NASA and ISRO respectively, share a common 12-m diameter deployable reflector/boom system, provided by NASA.  These two radars can operate simultaneously and both have on-board digital beamforming and filtering to reduce data rates.  Nonetheless, they produce prodigious amounts of data, generating over 40 Terabits of data per day.  Given the high data rates and ambitious coverage requirements, new technologies for high-rate Ka-band downlink complement these first-of-a-kind radar systems.  The challenges of developing a complex multi-radar satellite jointly on opposite sides of Earth are great, and the global pandemic of 2020-2021 has certainly increased those challenges.  This talk will present the technologies and techniques of NISAR, and describe the mission development process and progress. 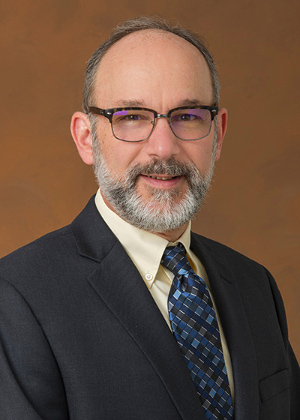 Paul A Rosen (S/’78, M/’03, SM/’05, F/’10) received a PhD in Electrical Engineering from Stanford University and his M.S. and B.S in Electrical Engineering from University of Pennsylvania. He is currently Project Scientist for NASA-ISRO synthetic aperture radar mission (NISAR) at the Jet Propulsion Laboratory (JPL), and is a JPL Fellow and Senior Research Scientist. He is also the study coordinator for NASA’s Surface Deformation and Change Decadal Survey Architecture Study. Until 2012, he was the manager of the Radar Science and Engineering Section and Project Scientist for the DESDynI Mission concept at the Jet Propulsion Laboratory.  His assignments at JPL have centered on scientific and engineering research and development of radar instruments and applications.  He has been particularly active in understanding the phenomenology and scientific potentials of interferometric SAR, and has led a number of research initiatives in data analysis and the development of software tools, techniques. Dr. Rosen was the team leader for Algorithm Development and Verification on the Shuttle Radar Topography Mission, for which he received NASA's Exceptional Service Medal (2001) and NASA's Exceptional Achievement Medal (2002).  Dr. Rosen is a visiting faculty member and lecturer at the Division of Geological and Planetary Sciences at Caltech, and has served on the UCLA Extension Program faculty. He is a member of the American Geophysical Union. He is an author on over 40 journal and book chapter publications, and over 100 conference papers, and currently serves on the IEEE Geoscience and Remote Sensing Society Administrative Committee in the capacity of Director for Global Activities.