We are pleased to announce that we will have a new edition of our scientific meeting SIMAFE, the 16th International Seminar on Condensed Matter Physics and Statistical Physics, this year from the 24th to 26th November. This version will be hybrid, that is, with in-person as well as virtual talks. Additional remarks:

We look forward to sharing and discussing different ideas with you at SIMAFE 2021.

Important: The face-to-face assistance and the eventual use of facilities at Universidad de La Frontera are subjected to the local COVID-19 protocols established in the "Step by Step Plan" (Plan Paso a Paso) communicated by the Chilean Health Ministry. More information at https://www.gob.cl/pasoapaso/ and https://coronavirus.ufro.cl/protocolos-ufro/ 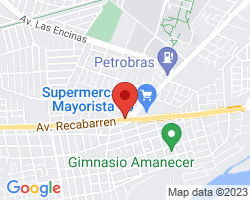 Tim Mewes of University of Alabama

In this lecture, I will introduce the fundamentals of magnetization dynamics and damping. I will discuss their importance for many applications, including hard drive read heads, spin-transfer torque magnetic random-access memories and new skyrmions based devices. I will talk about various mechanisms that can contribute to the damping of the magnetization in thin films including spin-orbit relaxation, spin pumping, and two-magnon scattering. The presentation will show how recent developments in broadband ferromagnetic resonance enable precise measurements of the dynamics and damping in thin magnetic films and multilayers especially when combined with angle and temperature dependent measurements [4]. This will include a discussion of the recently discovered anisotropic damping in exchange biased films [5, 6].

During his undergraduate and graduate studies Tim Mewes was a scholar of the German Academic Scholarship Foundation. In 2010 Prof. Mewes received a National Science Foundation CAREER award for the investigation of the magnetization dynamics and damping in magnetic nanostructures. In 2011 he became a Visiting Fellow of the Center for Nanoscale Science and Technology at the National Institute for Standards and Technology in Gaithersburg, and in 2014 he received the IBM Faculty Award. Dr. Mewes currently chairs the Alabama chapter of the IEEE Magnetics Society. He chaired the 2016 IEEE International Conference of Microwave Magnetics in Tuscaloosa and has been active on program committees of several other international magnetism conferences. He is also a member of the American Physical Society.

Registration to attend as a spectator (this option is only in virtual mode): November 12th (*)