You are invited to the 2021 Virtual AGM of South Saskatchewan Section. 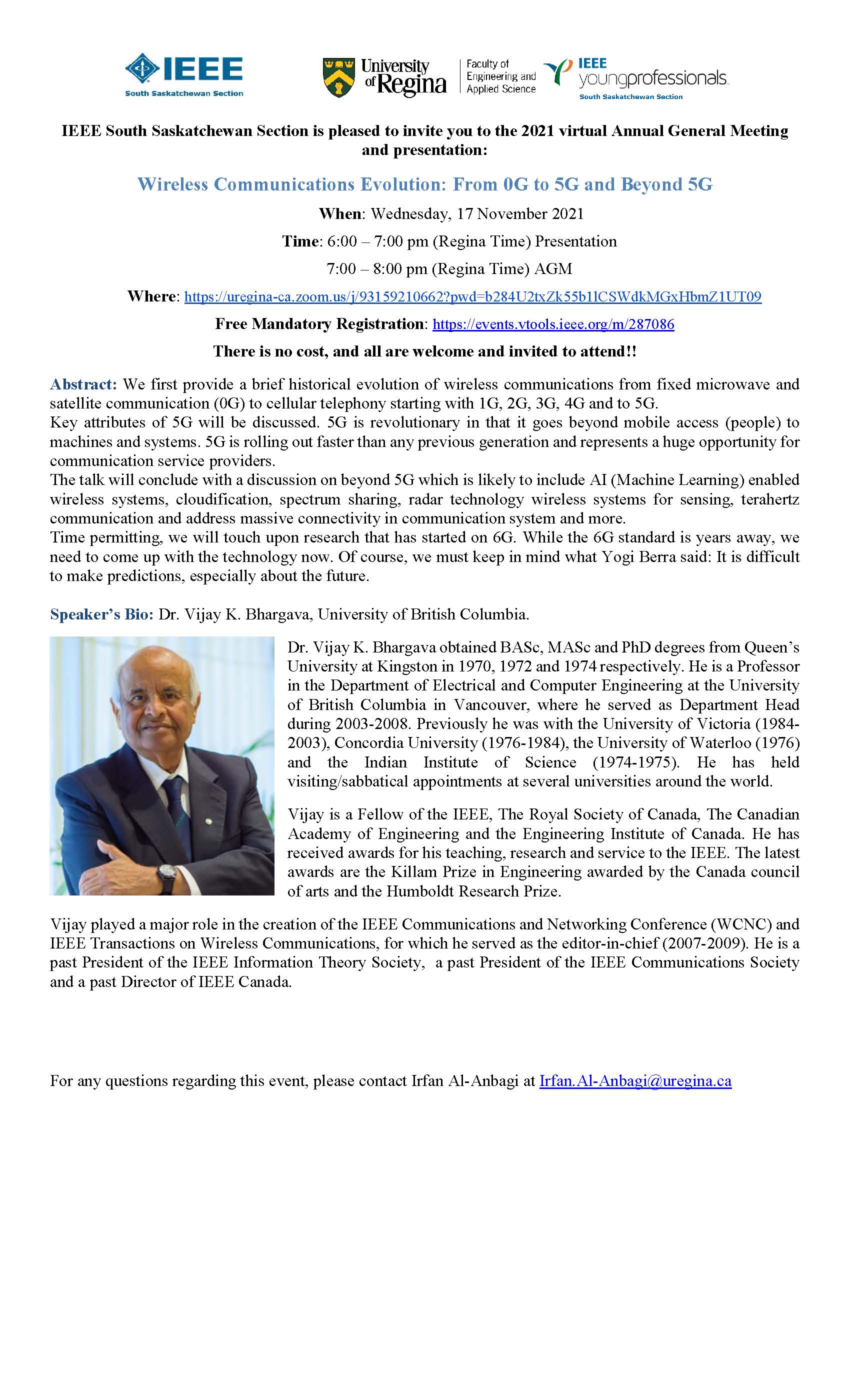 This virtual meeting will provide a technical talk on "Wireless Communications Evolution: From 0G to 5G and Beyond 5G" by Dr. Vijay K. Bhargava  of University of British Columbia.

Section Officers elected for the 2022-23 term will also be announced. 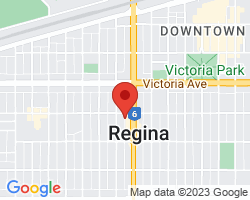 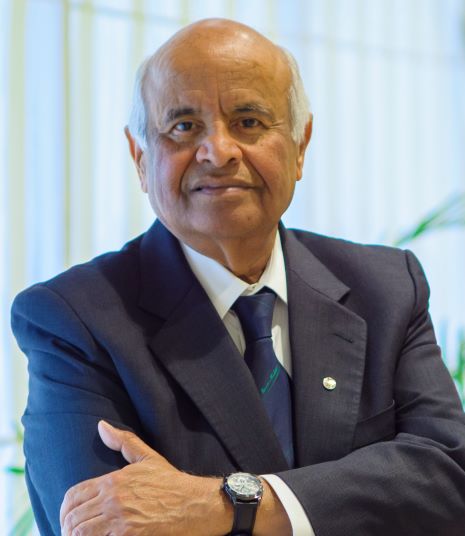 Wireless Communications Evolution: From 0G to 5G and Beyond 5G

We first provide a brief historical evolution of wireless communications from fixed microwave and satellite communication (0G) to cellular telephony starting with 1G, 2G, 3G, 4G and to 5G.

Key attributes of 5G will be discussed. 5G is revolutionary in that it goes beyond mobile access (people) to machines and systems. 5G is rolling out faster than any previous generation and represents a huge opportunity for communication service providers.

The talk will conclude with a discussion on beyond 5G which is likely to include AI (Machine Learning) enabled wireless systems, cloudification, spectrum sharing, radar technology wireless systems for sensing, terahertz communication and address massive connectivity in communication system and more.

Time permitting we will touch upon research that has started on 6G. While the 6G standard is years away, we need to come up with the technology now. Of course, we have to keep in mind what Yogi Berra said: It is difficult to make predictions, especially about the future.

Vijay K. Bhargava obtained BASc, MASc and PhD degrees from Queen’s University at Kingston in 1970, 1972 and 1974 respectively. He is a Professor in the Department of Electrical and Computer Engineering at the University of British Columbia in Vancouver, where he served as Department Head during 2003-2008. Previously he was with the University of Victoria (1984-2003), Concordia University (1976-1984), the University of Waterloo (1976) and the Indian Institute of Science (1974-1975). He has held visiting/sabbatical appointments at several universities around the world.

Vijay is a Fellow of the IEEE, The Royal Society of Canada, The Canadian Academy of Engineering and the Engineering Institute of Canada. He has received awards for his teaching, research and service to the IEEE. The latest awards are the Killam Prize in Engineering awarded by the Canada council of arts and the Humboldt Research Prize.