PWM converters have been the workhorse for most power conversion applications today.  However, their bulky magnetics limit further power density improvement.  Over the years, researchers recognized that switched-capacitor converters do not need magnetics, but poor voltage regulation prevents them from wide adoption.  Resonant converters have penetrated some applications, but they are not ready to replace the PWM converters for high-power applications due to their high RMS voltage/current and limited regulation capability.

Researchers in the community have been searching for new solutions with better efficiency, regulation, and power density at the confluence of PWM, resonant, and switching-capacitor converters.

In this speech, Dr. Smedley will present a general “PWM-like” control method for resonant switched-capacitor converters with only a 2X frequency swing and only one small inductor (nano-henry scale without DC bias). This new generation of power converters can replace a wide array of conventional PWM converters, dramatically reduce magnetic components, and eventually eliminate the bulky magnetics overall in fully integrated power chips.

Meeting link will be sent to all registrants one day before the talk. 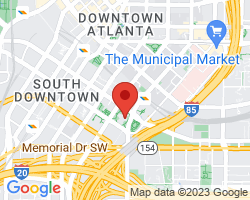 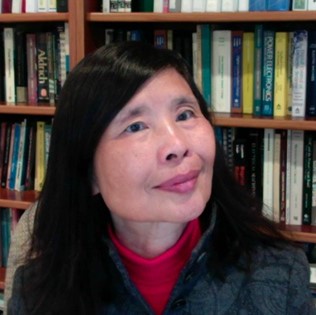 Dr. Keyue Smedley received her B.S. and M.S. degrees in E.E. from Zhejiang University, Hangzhou, China, and her Ph.D. degree in E.E. from Caltech, Pasadena, USA.

Dr. Smedley was a responsible engineer designing all accelerator rings at the Superconducting Super Collider from 1990 to 1992.  She is currently a Professor in the Department of EECS at the University of California, Irvine (UCI) and the Director of the UCI Power Electronics Laboratory. She is also a co-founder of One-Cycle Control, Inc.

Dr. Smedley is the inventor of the One-Cycle Control (OCC) method for high switching power conversion. In 1997, the UCI Power Electronics Laboratory demonstrated a high-fidelity OCC class-D amplifier that achieved <0.07% THD under 15% D.C. power ripple, resulting in a 7X reduction of size and weight, which led to commercialization in the professional music market. In 2003, Dr. Smedley’s team realized OCC universal 3-phase 4-quadrant controller that combines PFC, APF, inverter, VAR with unmatched dynamic speed to serve modern high renewable penetration grid applications. In 2007, Dr. Smedley’s team invented the Hexagram converter, the first multilevel converter with constant power flow to each power module leading to minimum capacitor requirement and high fault tolerance for motor drive applications. In 2010, Dr. Smedley led a consortium of academic, utility, and industries to complete a one-year field demonstration of 15kV 2,000A (20,000A fault current) class fault current limiter in the commercial power grid, which was the first time in U.S. history. In 2020, Dr. Smedley’s team demonstrated a general full-range regulation method for most resonant switched capacitor converters that opens the door for dramatically reducing and potentially eliminating the magnetics.

Dr. Smedley’s work resulted in more than 200 technical publications, numerous U.S. and international patents, two start-up companies, and wide industrial applications. Dr. Smedley is a recipient of the UCI Innovation Award 2005. She was selected as IEEE Fellow in 2008 for her contribution to high-performance switching power conversion. Her work with One-Cycle Control, Inc. won the Department of Army Achievement Award in Pentagon in 2010.