Green hydrogen produced by splitting water molecules into hydrogen and oxygen using renewable
sources is expected to play a major role in the transition to carbon neutral economy, serving as an
energy carrier that can facilitate the penetration of an higher share of intermittent renewable energy,
the decarburization of hard-to-abate industrial sectors (e.g. industrial processes which require high-
grade heating or rely on hydrogen as a feedstock) and the cross-sectorial coupling (linking power, gas
and other energy vectors or energy intensive commodities and replacing them in their respective
usages). The baseline technology for green hydrogen production is called water electrolysis, where
renewable power is applied to break the chemical bonds in water molecules and produce hydrogen and
oxygen simultaneously at two electrodes, cathode and anode, in alkaline or acidic solution. The coupled
generation of hydrogen and oxygen at the same time in the same cell presents a safety risk, since the
mixture of the two is highly flammable. Therefore, a membrane and sealing are used to isolate the
electrodes from each other, which complicates cell construction and requires maintenance, both
increasing the production cost of green hydrogen. In addition, severe (20-30%) energy losses, mostly
due to the difficult reaction that evolves oxygen, increase the cost of energy in this energy intensive
technology. These drawback present challenges for wide scale adoption of green hydrogen.
In order to overcome these challenges, we develop an alternative technology that decouples the
generation of hydrogen and oxygen into two stages, separated by time, or two cells, space separated,
avoiding the need for membrane and sealing. In addition, we divide the oxygen evolution reaction, a
difficult electrochemical reaction that requires four electrons to generate an oxygen molecule on an
atomic reaction site, into two sub-reactions that occur on four sites instead of one, thereby enabling
easier reactions and saving most of the losses in water electrolysis. An ultrahigh efficiency of nearly 99%
was demonstrated at lab scale, and we expect reaching 95% at system scale. To bring this
transformative concept to reality we established H 2 Pro, and Israeli company that aims to provide green
hydrogen at scale based on our innovation.

Dial by your location 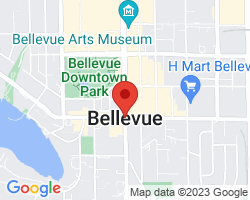 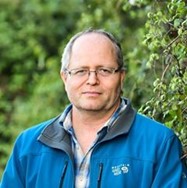 Avner Rothschild is a professor of Materials Science and Engineering of the Technion – Israel Institute of Technology. He studied physics and materials engineering at the Technion, and graduated in 2003 with a PhD on metal-oxide gas sensors. After a three-year postdoc at MIT he returned to the Technion as a faculty member at the Department of Materials Science and Engineering, and the head of the Electrochemical Materials & Devices research group. His research focuses on electrochemical and photoelectrochemical materials and devices for water splitting as a means of sustainable production of green hydrogen from renewable energies such as solar and wind. Professor Rothschild is a co-founder of H2Pro, a startup company that develops a transformative water splitting technology for low-cost production of green hydrogen at scale. He was a member of several European consortia and had an ERC consolidator grant on photoelectrochemical water splitting. He is a fellow of the Royal Society of Chemistry, and in 2020 he won the 2020 Eric and Sheila Samson Prime Minister's Prize for Global Innovation in Alternative Fuels for Transportation.