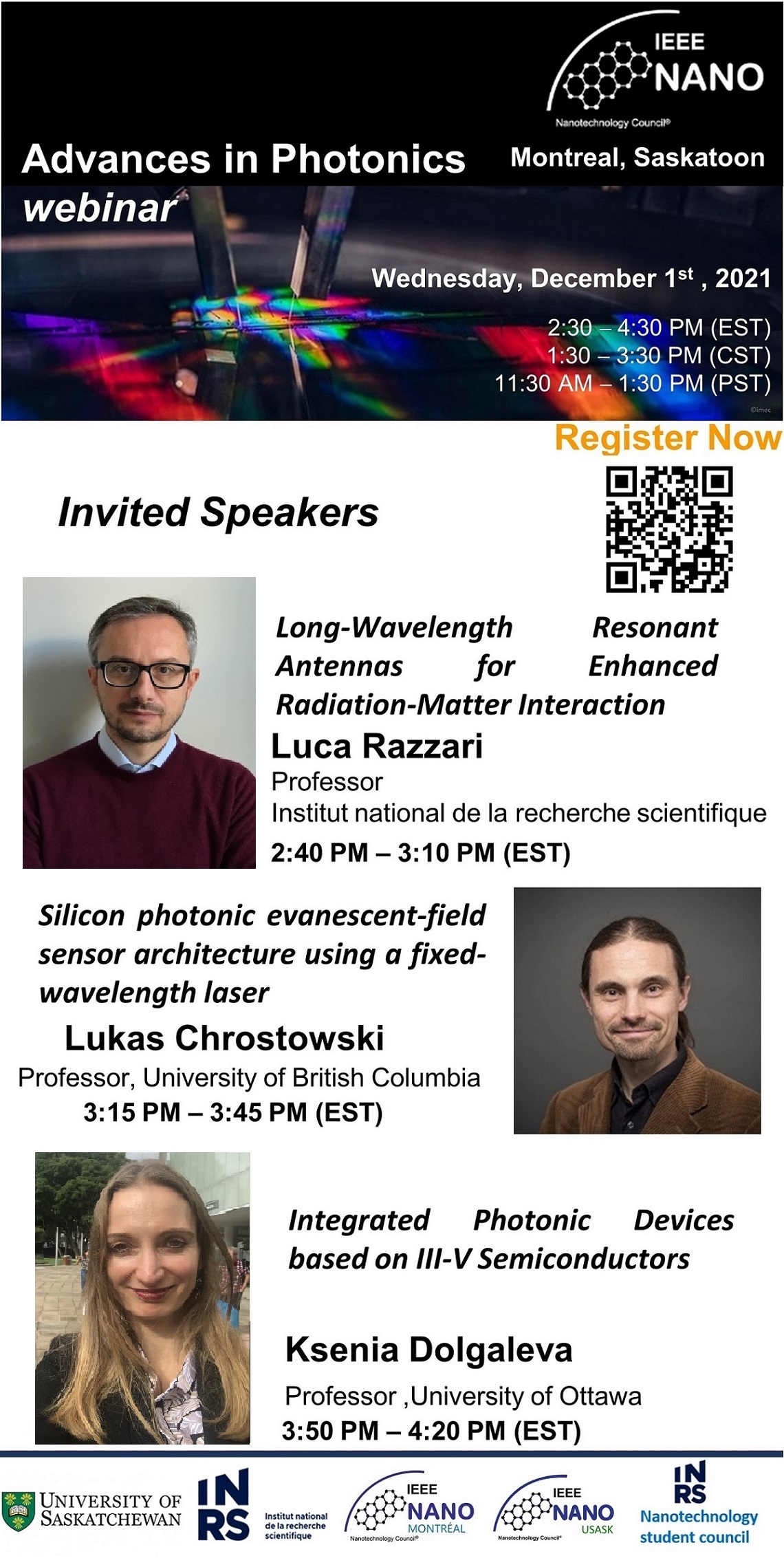 The Webinar will be hosted virtually on Zoom, the link will be delivered to all the registrants later on 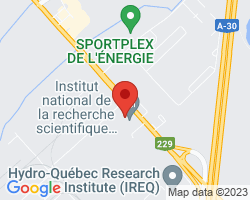 1. Luca Razzari received his M.Sc (2001) and Ph.D (2004) degrees in Electronic Engineering from the University of Pavia (Italy). He completed part of his Ph.D research at the Institut d’Optique in Orsay, France (2004). He then had several postdoctoral experiences: from 2005 to 2006, he worked in the Optical Spectroscopy Group (Institute for Complex Systems, CNR) in Rome, Italy. From 2006 to 2010, he made his first move to Canada as a Marie Curie Fellow in the Ultrafast Optical Processing Group at the Institut National de la Recherche Scientifique – Centre Energie, Matériaux et Télécommunications (INRS-EMT). From 2010 to 2012, he was with the Nanostructures Department at the Italian Institute of Technology (IIT) in Genoa, Italy.In November 2012, he was appointed as an Assistant Professor at INRS-EMT, where he is now (as of June 2020) a Full Professor.

2. Lukas Chrostowski is a Professor of Electrical and Computer Engineering at the University of British Columbia, Vancouver, BC, Canada. Born in Poland, he earned the B.Eng. in electrical engineering from McGill University and the PhD in electrical engineering and computer science from the University of California at Berkeley. With research interests in silicon photonics, optoelectronics, high-speed laser (VCSEL) design, fabrication and test, for applications in optical communication systems and biophotonics, he has published more than 200 journal and conference publications. He co-edited a book “High-Speed Photonics Interconnects” (2013), and co-authored the book “Silicon Photonics Design” (Cambridge University Press, 2015).  Dr. Chrostowski served as the co-director of the University of British Columbia AMPEL Nanofabrication Facility (2008-2017).  He is the Program Director the NSERC CREATE Silicon Electronic-Photonic Integrated Circuits (Si-EPIC) research training program in Canada, and has been teaching numerous silicon photonics workshops and courses since 2008.  He spent his 2011-12 sabbatical at the University of Washington, Seattle, with Michael Hochberg’s group. Chrostowski received the Killam Teaching Prize at the University of British Columbia in 2014.  He was an elected member of the IEEE Photonics 2014-2016 Society Board of Governors and serves as the Associate VP of Education (2014-).  He was awarded a Natural Sciences and Engineering Research Council of Canada Discovery Accelerator Supplements Award in 2015.

3. Ksenia Dolgaleva received her Diploma (an equivalent of Master’s thesis) in Physics from Moscow State University, and a Ph.D. in Optics from the Institute of Optics, the University of Rochester. She performed her postdoctoral studies at the University of Toronto. As of 2013, Ksenia Dolgaleva is a faculty member at the University of Ottawa. As of May 2019, she was promoted to the rank of an Associate Professor at the School of Electrical Engineering and Computer Science, University of Ottawa. She holds Tier II Canada Research Chair in Integrated Photonics, and she is a recipient of the Ontario Early Researcher Award. Through her career, she authored and co-authored over 40 publications in refereed journals, and over 80 talks at leading conferences in the field of Optics and Photonics. She delivered over 20 invited talks at various conferences, workshops and institutions worldwide."