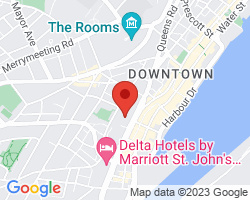 Nowcast/Forecast of the Piney Point Effluent Plume in Tampa Bay: A Rapid Response

An emergency discharge of nutrient-rich effluent into Tampa Bay from the Piney Point fertilizer stack at Port Manatee occurred from 30 March – 8 April 2021, which resulted in a pollutant plume that spread out in the bay and to the coastal ocean. As an immediate response to environmental concerns, the plume evolution was simulated using the high resolution, unstructured grid, Tampa Bay Coastal Ocean Model (TBCOM) nowcast/forecast system, with an embedded tracer module that included realistic point discharge rates. Normalized tracer distributions were automatically updated each day, providing 1-day hindcasts and a 3.5-day forecasts. Due to mixing and diffusion, tracer concentration was quickly reduced by two orders of magnitudes or more when the plume spread out. Higher concentration tracer mostly hugged the southeastern Tampa Bay coast in the first week. Lower concentration tracer gradually advected to the western Tampa Bay, and was slowly flushed out of the bay. The modeled plume evolution served as principal guidance for coordinating environmental monitoring by state, local and academic personnel. Continuing model results will also provide a basis for future multidisciplinary studies.

Dr. Yonggang Liu is Research Associate in the College of Marine Science, University of South Florida (USF). He received his Ph.D. from USF (2006) and postdoc training from University of Washington (2006-2008). As a physical oceanographer, he has 20+ years research experience in ocean circulation and dynamics in the eastern Gulf of Mexico, aiming to better understand the Loop Current system variability and interactions with the West Florida Shelf by using in situ observations, numerical models, and remote sensing products. He is interested in applying physical oceanography to marine environmental issues, such as oil spill tracking, red tide prediction, and pollutant spreading and transport studies in the ocean. He also develops and applies novel data analysis methods in meteorology and oceanography. He has co-edited two books and published 50+ refereed scientific papers.