Motivated by the baryogenesis problem (the scarcity of antimatter in the University), CERN's ALPHA collaboration has been studying the properties of antihydrogen atoms. Since first trapping antiatoms in 2010, we have learned to routinely trap over 1000 antiatoms simultaneously, and keep the antiatoms trapped for many tens of thousands of seconds. We have been able to measure the 1S-2S and hyperfine bandwidths to the 10kHz level, which, on some scales, exceeds the accuracy of the best CPT tests. We have been able to laser cool the antiatoms, which should lead to better spectral measurement, and we have also measured the antihydrogen charge to 0.7ppb. We are constructing a new apparatus designed to measure the antimatter g to 1%, which will be a test of the weak equivalence principle. Antihydrogen is created by mixing positron and antiproton single species plasmas. The plasmas must be very cold (~10K) and, for single species plasmas, dense (~108 cm-3 ). Arguably, the most difficult problems in these experiments stem from achieving these parameters as all the other issues, though complex, can be solved with standard techniques of atomic and laser physics. This talk will describe some of these plasma issues and some of our physics results. 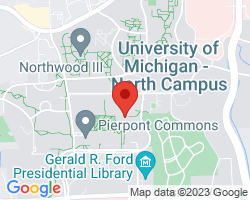 Dr. Joel Fajans is a Professor of Physics at U.C. Berkeley. He received his PhD in experimental plasma physics under George Bekefi at MIT studying free electron lasers before assuming a post-doc at the University of California at San Diego with John Malmberg and Tom O'Neil on nonneutral plasmas. Since then, his career has concentrated on basic plasma physics and nonlinear dynamics experiments, most recently aimed towards the creation and trapping of antihydrogen. He is a fellow of the American Physical Society and a recipient of the APS 2011 John Dawson Award for Excellence in Plasma Physics Research.